IPS Board Votes to Give Raise to Superintendent Eugene White 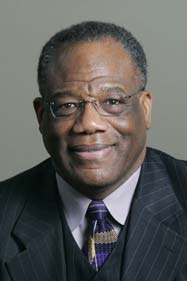 The Indianapolis Public School Board yesterday voted to give Superintendent Eugene White a 3% raise, bringing his salary up to around $200,000 a year. (That's not even counting his incredibly generous benefits in his contract.) Four other administrators received pay increases as well. Yep, you heard it right. While laying off teachers and having to cut back on other expenditures, the IPS Board found the money to give already highly paid administrators raises.

We hear all the time about the State not putting resources into education. However,the State of Indiana and local government spends about half their budgets on K-12 education. Contrary to claims otherwise, there is no "shortchanging" of education. In fact, over the last several decades, K-12 education spending has risen far above the level of inflation.

The fact is administrator and non-teaching staff has consumed more and more of those education budgets. Their desire to get their hands on even more of our public tax dollars hasn't decreased because of the recession or discussions about cutting back on education spending. It's too bad we don't have enough brave souls on the IPS Board who know how to say "No."

As we have entered the candidate filing season, I would encourage people to look into running for School Board, We need good people on those boards, people who will ask questions and demand answers. The elected school boards are not supposed to be rubber-stamp for the school administration. They are supposed to be legislative bodies, representing the community, which exercise independent judgment as to how schools are to be run. We need independent-minded individuals to serve on those boards. I would strongly encourage people to look into running for these non-partisan positions. IPS School Board is actually where Richard Lugar was first elected.
Posted by Paul K. Ogden at 6:56 AM

Very much on the fringes of the point of your post, but I'd be curious to see what portion of the increases can be attributed to the rising cost of health insurance.

Doug, 99.99999% sure that "increased health care costs" don't figure into most superintendents' salaries.

Superintendents down here in Marion County (and probably for most of this state) get their health care paid for by the school system (except perhaps for some token payment, of say $1 per year).

When the Star published superintendent's contracts for Marion County recently you got a glimpse of just how well they are paid. Dr. White's base salary is 188k, add in annuities, car allowances, membership fees, purchasing additional retirement credits etc. and his overall salary is north of 250k. Then add in the standard benefits paid to teachers, health, dental, vision, long term disabilty all at $1 / year.

The Superintendents have been structuring their contracts so that the cost of their health insurance premium is paid directly to them - then they buy into the insurance offering. That way they still pay $1 or less of their own money for the insurance, but the cost of the premium counts as 'salary'. Then, when they retire, their pension, calculated on average salary, will be inflated by that much more.

THE GREED KNOWS NO BOUNDS

HEI is correct, if their benefits are added to their salaries then their retirement will increase. The school corpopration then will also have to match fica and medicare based upon higher earnings.
As to greed, the purchase of additional years service, another retirement inflator, is 20K per year or more for someone making 170K per year. Since the retirement calculation is years service times 1.1, additonal years of service increases the pension as well.

This just proves how out of touch IPS is with the rest of the world. He gets a raise when IPS enrollment is declining and schools will need closing and teachers will be laid off. Ya Gotta love America!