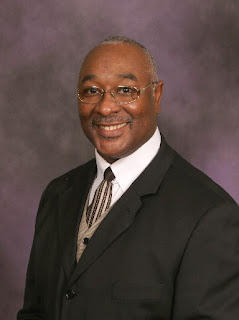 The Indianapolis Star reports this morning that a trustee appointed to oversee the bankruptcy of an Indianapolis faith-based nonprofit is seek a $1.3 million judgment against City-County Councilor Paul Bateman who worked for "The Russell Foundation" According to the Star, the foundation was started by Rev. Michael Russell with the goal of spurring economic development and easing poverty by focusing on ethanol production and the construction of a privately funded monorail from Indianapolis to Northwest Indiana. Bateman was a paid lobbyist for the foundation beginning in 2006.

The allegations are that Bateman, Russell, and Manuel Gonzalez, a Carmel business consultant, used the foundation to not for its stated purpose, but rather spent money on dress clothes and other perks for its volunteers. The Star also reports that the foundation was used to purchase more than a dozen vehicles, including a stable of 2007 Dodge Caliber compacts, a 2007 Cadillac Escalade and several pickup trucks. While Councilor Bateman is accused of misspending the largest amount, the others, including Russell and Gonzalez, are accused of misspending $600,000.

This highlights a common complaint about how Carl Brizzi has run the prosecutor's office. He hasn't just looked the other way as to wrongdoing by Republicans. He has also looked the other way when it comes to Democratic elected officials. That fact has insulated Brizzi from much deserved criticism by elected officials for his not pursuing white collar crime and political corruption. His inaction protected both Republicans and Democrats alike.

A final observation is that the use of non-profit, charitable-type organizations as a way to enrich private individuals did not exactly originate with The Russell Foundation. (We need to remember these are just allegations against Bateman et al. at this point.) Many of these organizations solicit donations and government grants claiming a noble mission, while in reality that mission is to enrich the organization's officers with lavish salaries, and perks such as fancy new cars, expensive clothing, cell phones, computer equipment, etc. The line between business and personal use of such toys is a might thin one.

An African-American Indianapolis attorney I know has been particularly outspoken about the Ballard and Peterson administrations being so willing to hand over grant money to minority-led non-profits with no strings attached or follow-up. Her point is that rather than help out the black community in the inner city, these minority grants end up in the pocket of well-connected, political powerful black professionals who siphon off money for their own benefit rather than use it to help the black community. She often talks about the fancy cars, the fancy clothes, the new cell phones that she sees these black executives who head up these non-profits bestow upon themselves.

While she has a point, I would note that the misuse of money raised by non-profits, including government grants, isn't limited to the African-American community. It is a widespread problem that is getting increasingly worse as government is more and more willing to outsource doing good deeds to these nonprofits by handing them a stack of money with absolutely no accountability for how money is spent. It's only a matter of time before the IRS comes in and begins taking a closer look at these so called non-profit organizations.
Posted by Paul K. Ogden at 11:04 AM

Brizzi won't prosecute a City County Counselor. Look how many Democrat counselors have had illegal activities in the last 2 years and Brizzi sure as hell wont prosecute white collar crime.

Gee, it looks like those of us that were told we were nuts about the Grand Jury Prosecutor's staff and Investigators not doing anything about white collar crime wasn't such a myth after all.

Brizzi and his staff have a far greater mess of hundreds of millions of dollars defaulted on obtaining State Contracts and they refused to do anything about it as well.

The great blog by Gary Welsh on Brizzi wanting to be like Trump is a home run. The Casino mess in Indiana lays at Brizzi's feet and he reuses to do anything about it....Trump esq.