I'm old enough to remember when Republicans believed in federalism.  The Cass County (Logansport) Republican Party, which censured Indiana Senator Todd Young for casting a vote for federalist principles, apparently does not.  Let me explain. 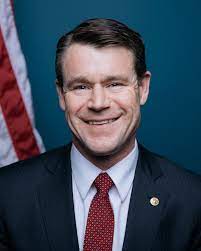 In 1996, Congress used this Full Faith and Credit Clause enforcement power to pass the Defense of Marriage Act (DOMA) which said that states could choose not to give full faith and credit to certain marriages, i.e. same sex marriages, solemnized in other states.  By passing such a law, Congress was using its enforcement power to undermine the federalist principles mandated by the FF&C Clause.

This month, DOMA was repealed when Congress passed the so-called Respect for Marriage Act, bipartisan legislation that requires states to recognize the validity of same-sex and interracial civil marriages.  While the validity of same sex and interracial marriage is recognized nationwide thanks to Supreme Court decisions, it is theoretically possible that the Court may, as it did on abortion rights, turn that decision back to the states.  If the Court did, RMA would then provide protection for the decision states make regarding which marriages to allow in their jurisdiction.

The RMA also has a provision ensuring that religious freedom currently protected by the Religious Freedom Restoration Acts passed by Congress and the majority of states would not be overridden by an application of the RMA.  That is a huge victory for conservatives because of the repeated efforts by Democrats in Congress to pass civil rights laws that explicitly exclude religious objections.

While Indiana Senator Mike Braun voted against the very conservative principles of the RMA, the Hoosier state's other senator, Todd Young, was one of 12 Republicans who supported it  For this offense, Senator Young earned a censure from the Cass County (Indiana) Republican Party.  In a letter to Young, Cass County GOP Chairman David Richey wrote that the Senator's vote "elicited feelings of anger, disbelief and even a sense of betrayal."  Richey's letter went on to claim Young had reneged on his previous position that the same-sex marriage should be handled at the state level rather than by the federal government.

Actually, Young's vote for the RMA is very much consistent with federalist principles.  It was DOMA, which Richey apparently supports, that nationalized the issue by gutting the Full Faith and Credit Clause.

Richey circulated his letter to other county GOP chairmen in Indiana hoping they will follow his lead.  So far it doesn't seem there are any takers.

I have argued previously that there is those supporting same sex marriage need to be more tolerant to those who have religious objections.  Someone performing marriage ceremonies should not be forced to officiate at a same sex marriage if it conflicts with his or her beliefs.  Same with a baker who specializes in making wedding cakes.  Many courts have made a logical distinction between those type of creative activities and the situation where a restaurant opens the doors of a business and invites customers in.  In the latter situation, the business owner cannot discriminate.  In the former, refusing to provide the service is within the bounds of the law.

It is encouraging that both sides were able to work together to fashion a reasonable compromise in enacting the RMA.  Senator Young has shown impressive leadership in being part of that effort.  He should not be dismayed by uninformed, narrow-minded critics such as Richey and, apparently, a majority of the Cass County GOP organization leadership.