On Tuesday, an 18-year old man drove his car into a Texas elementary school, evaded an armed security guard and then began shooting up a classroom of fourth graders.  Nineteen children and two adults were killed.  The gunman, who was killed by a police officer, was quickly identified and his name and photograph were broadcast around the world.  As I write this, reporters are looking for the "motive" so they can publish that as well.

This week's shooting followed one last week at a Buffalo grocery store in which a white shooter shot and killed ten shoppers, almost all of whom were black.  The shooter was quickly identified as well as his motive, i.e. that whites were being replaced by non-whites, and the hopes his actions would cause a race war.  It didn't. 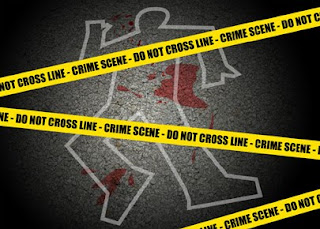 The political debate immediately turned to a partisan battle over whether more strict gun laws should be passed.  Democrats are not wrong that Republicans need to embrace reasonable gun restrictions.  An 18 year old shouldn't be able to legally buy an AK-47 semi-automatic gun.  Large magazine clips shouldn't be sold.

Indeed, reasonable legislative changes could deter some of these mass shootings, and in some cases, dramatically reduce the death toll.  But, unfortunately, they'd only affect these events at the margins. Republicans are not wrong about that.  Someone who is determined to engage in a mass shooting is almost always going to be able to get a gun.  While we shouldn't make it easy for them, we need to be realistic about how much impact new gun laws can have.

Why do these shooters engage in these events?   Almost always it is for two reasons:  First, they want to be famous.   Second, they often have a cause that they want publicized.  So, what does the media do?  They make the shooters famous and publicize their cause!

Here's a solution.  Television networks cover the mass shooting event, but they agree they won't identify the shooter or publicize the shooter's cause, i.e. the motive.   People will still be able to go to other media outlets, such as print, to get the details of the shooting, including the name and motive.  Frankly, print media coverage isn't what these shooters crave. They want to be on TV.