In February, former President Trump's Save America PAC reported taking in $3.5 million, while spending $1.2 million.  As a result of the fundraising effort, the PAC now has $110 billion in the bank.
While Trump's businesses have profited from the haul, virtually none of the candidates he has endorsed has received money from the Trump's PAC.  In February, Trump endorsed two dozen candidates.  None have received a contribution.  February marked the second straight month that Trump didn't donate a cent to Republican candidates. 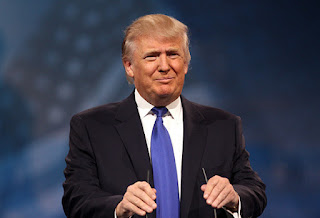 Trump has endorsed GOP candidates at the federal, state and local level, focusing on those who support his baseless claims the 2020 presidential election was stolen from him or are challenging Republican incumbents who opposed him. He’s championed more than 130 candidates since leaving the White House, more than half of whom are running for federal office. He’s also endorsed politicians running for state and local positions as well as Hungarian Prime Minister Viktor Orban.

But while he has the biggest bank roll in Republican politics, he hasn’t spread much of it around. Save America has given just $350,500 to other candidates since July. It hasn’t made a single donation in 2022. PACs can donate $5,000 to federal candidates per election, while state laws set different maximum contributions. Save America could also make unlimited independent expenditures -- usually ad buys -- on behalf of candidates it supports.