Learn a Lesson from Larry - Get Vaccinated for Covid

Although Covid has killed over 800,000 Americans in nearly two years, I personally do not know of anyone who has died from the virus.  That all changed a few days ago when I was helping my elderly mother with her computer and ran across an email saying that "Larry" had died.

Larry was not a family member or a friend.   He was an acquaintance, a professional who over the last several years had been helping my mother out with some of her personal matters.  (Trying not to be specific, or use his real name, in order to protect the privacy of Larry's family.) 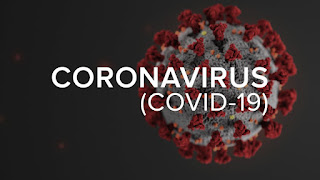 My elderly mother, who is now 90, and I are no fans of Donald Trump.  However, I picked up signals early on from our meetings with Larry that he was a big supporter of the now ex-President.  Apart from his comments, Larry's education and church activities indicated to me that Larry was likely a died-in-the-wool moral conservative, the type of voter who, for reasons I do not understand, is enamored with the most immoral man to ever occupy the White House.  Larry though, being the consummate professional, would always temper his comments to us when it came to politics.

During one of our last meetings, held via Skype, we got on the topic of the precautions Larry and his office were taking to avoid the spread of Covid.  Larry said that the only step they had taken was to make the client meetings remote.  Otherwise, Larry's office operated the same way as it did before Covid.  The employees came to the office and interacted without masks.

Larry explained his philosophy about Covid was that it was dangerous to someone like my Mom's age (late 80s), and she should be vaccinated and take precautions. But to younger people, getting Covid was no worse than getting a bad cold or the flu.   He said the concern about Covid was blown way out of proportion.

A month ago, I called Larry's office and learned he had Covid.  I found out from the subsequent email that Larry had, in fact, gone into the hospital in early December and passed away on Christmas.

Sadly, Larry, who was 49, left behind a wife and two young children.