The Truth About True the Vote's "Voter Fraud" Investigation

A friend sent me information on the investigation an organization called True the Vote was conducting.  Included in the email were what appeared to be comments readers had made after reading about the True the Vote investigation. My friend apparently thought the comments were insightful and persuasive.  They were not.  More on that in a bit.

Some background is in order.  In conducting the 2020 election some states employed drop boxes where voters could leave their completed ballots.  In some states such as Georgia and Arizona, the law allows for people other than the voter to drop off those ballots at drop boxes, but limited such people to relatives 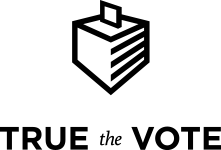 of the voter, caregivers, etc.   The problem is how do you enforce that law so unauthorized individuals aren't dropping off ballots?  You can't put a police officer next to the drop box and ask those dropping off ballots to prove their relationship to each of the voters.  Even if you get the name of the person delivering ballots and the name of the voters, sorting out the nature of the relationship would be extremely time-consuming and labor intensive.

During its investigation, True the Vote claims to have obtained cell phone "ping" data which shows individuals in Georgia and Arizona dropping off an excessive amount of ballots.  This suggests illegal "ballot harvesting" was going on.

Ballot harvesting is the practice of groups or organizations collecting and turning in individual voters completed election ballots.  While the practice seems harmless, it can in fact undermine the secrecy of the ballot.   The reason voting booths are used on Election Day is so that voters can cast their ballots in private.  As more and more voters are using non-traditional options such as mail-in ballots, there is an interest in ensuring that those methods do not lead to voters being pressured or intimidated.  The ballot needs to remain secret, at least at the option of the voter.  Ballot harvesting opens the door to companies, labor unions and other organizations pressuring voters to vote a certain way.

The True the Vote investigation gave readers the chance to sound off on their own conspiracy theories, including ballot stuffing.  Here is an example:

Start with warehouse in GA.  Foreigners working with gloves and filling out false ballots.  Something else, everyone uses burner phones.  The type the mafia uses.  After months of checking cell phone traffic in five states about ready....two or three months.....to present data.  Get back to GA warehouse and burner phones.  Check, do they use rental cars?  If so, how about hotels?  After weeks you begin to be able to put a human with a name in a hotel.  Makes it easier to follow.  You identify several....after weeks.   And you begin to see patterns.  They all go to the same UPS stores; have the same traffic pattern; stop at the same places.  You begin to see the stops are at drop boxes.  Get so you can pretty well trace various people.

Now, pictures are being taken all the time.  Millions of them.  After weeks, begin to see a guy go to a drop box over and over.  Then others.  And you have their pictures.  In one state True The Vote has identified 240 people that made an average of 23 trips to drop boxes.  Can't make this stuff up....I am just glad there are smart people who can figure this stuff out.

I know there is a lot more to this story but I can only share what I was given.  Rave on airborne!

Those damn "foreigners"!  They filled out fake ballots for Joe Biden and drove rental cars to put the fake ballots into drop boxes!  They were clever to use gloves and burner phones while doing the dastardly deed!  (Yet, they apparently weren't smart enough to vote for the other Democrats down ballot.)   Why couldn't Democrats find Americans to stuff the ballot boxes?   Instead, they put up the "foreigners" in hotels to commit the fraud!  America First!  No Masks, No Jab!  MAGA!

So stupid. So incredibly dumb.

But the claim that the harvester is "stuffing" drop boxes with fake ballots is absurd.  When the votes are taken drop boxes they are matched, by a Republican and Democratic poll worker, to a registered voter list.  If a voter is not on the list, the ballot doesn't count.

The "foreigner," however, could fill out a ballot for a dead voter still on the voter registration list.  (That's why I advocate for more frequent purges of non-voters and identification requirements beyond signature.)  But it's hard to cast more than a handful of votes by dead people voting.   A few dead people indeed were found to have "voted" in 2020.  Most of the time it was relatives who carried out the wishes of a deceased love one who planned to vote for Trump.

Adding votes by stuffing the ballot boxes does not work because you cannot have more ballots than voters.  But what would work is flipping votes so the totals match, but the outcome is different.  A computer bug could be inserted into an electronic voting machine to flip votes so that some Trump votes are recorded as Biden votes.  (An HBO documentary showed how this could be done.)  That is in fact what some Trump conspiracists allege was done with the Dominion voting machines.

What undoes that conspiracy theory is the paper trail.  Post-election hand counts of the paper ballots showed they matched what was on the machine.  Votes weren't flipped from Trump to Biden.  As I've written before, Trump lost because a significant percentage of Republicans in key swing states crossed over to vote for Biden instead of giving Trump a second term.