Yesterday, I opened up my Criterion (weekly Catholic newspaper) to find an advertisement on page three for the "Celebrate Life Dinner" hosted by the Indiana Right to Life.  The speaker for the September 28th event is to be Gianna Jessen.

When I ran for office as a pro-life Republican, I became familiar with Jessen's story.  I even attended an event where she spoke.  I can testify that she's a dynamic speaker with a compelling story.  For those who are unaware, Jessen was born alive during a failed late-term saline abortion.  Her birth certificate was actually signed by the doctor who conducted the abortion.  Jessen, who weighed 2.5 pounds at birth, was born with cerebral palsy, a motor condition that affects various areas of body movement.  She claims this was caused by the failed abortion effort. 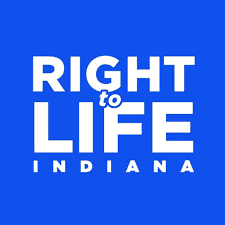 Recently though Jessen has carved out a very anti-life position incompatible with the right-to-life movement.  Jessen is prominently featured on Twitter announcing that she is not vaccinated against Covid-19 and urging others to not get vaccinated.

Jessen no doubt has quite a number of Twitter followers who read her anti-vaccination tirades.  No doubt that for many of them, following Jessen's advice has cost them their lives.  Nearly 700,000 Americans have died from Covid-19.  Since early this year, virtually all those deaths could be avoided with a simple vaccination.   Yet, people like Jessen have instead chosen to spread misinformation that has proven deadly to Americans.

In addition to opposing a vaccine that will save thousands if not millions of American's lives, Jessen has used Twitter to spread the Big Lie.  Her Twitter feed is filled with tweets and retweets with claims that Donald Trump actually won the 2020 election and the presidency was stolen.  Of course, Jessen has no actual evidence to back up that claim. As I've said before, the election results show that Trump lost, not because of fraud, but because a decisive percentage of Republican-leaning voters in swing states voted for Biden, while voting for other GOP candidates down ballot.  Even Senator Ron Johnson (R-WI), a leading Trump supporter who has latched on to virtually every conspiracy theory out there, admits that Trump lost not because of fraud, but because of GOP crossover vote in favor of Biden. 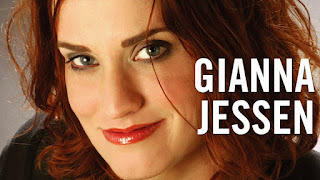 It would be easy to write off Jessen's support of the "Big Lie" as the rantings of a disappointed Trump voter.  But Jessen is a public figure and her pronouncements, i.e. her lies, have the effect of undermining confidence in American elections and democratic institutions.  Her deliberately misinforming her followers about the 2020 election has real life consequences and she should be held responsible for her dishonesty.

Jessen has also tweeted positively about the Texas abortion law.

as someone who was born Alive in an abortion clinic, did not die and has cerebral palsy as a result- i applaud you and texas for defending innocents. thank you for your Courage. carry on! 🔥 https://t.co/4tpTptfPEX

The Texas abortion law awards bounties to private citizens for turning in people who assist a woman having an abortion after six weeks of pregnancy. The law, which has no chance of being upheld even if Roe v. Wade is reversed, is an abomination which puts pro-lifers in the worst possible light.  Yet, Jessen has no problem promoting a law which seems intentionally designed to make the pro-life movement look bad.

If the Indiana Right to Life truly cares about promoting the pro-life cause, it should disinvite Jessen as speaker.