The Meaning of Tuesday's Primary Elections in Ohio

On Tuesday, I was watching The Beat with Ari Melber discuss that day's primary elections in Ohio for two open congressional seats, one heavily Republican the other heavily Democrat..  As a legal analyst, Melber, who is an attorney, is top notch.  As a political analyst... not so much.

Melber's program focused on Trump's supposed waning influence in the GOP.  Guests eagerly advanced that narrative.  As proof, Melber continually referred to the recent Texas GOP "primary" for an open congressional seat, an election in which the Trump endorsed candidate, Susan Wright, lost to another Republican, state representative Jake Ellzey. 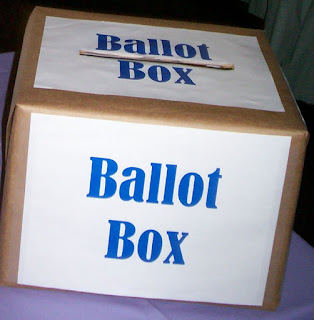 The problem with Melber's "proof" of Trump's declining influence in the GOP is that the Texas race was NOT a primary.  It was a runoff general election which featured two Republicans.  In the preceding "jungle primary," the leading Democratic candidate finished third and didn't make the run-off.

Ellzey prevailed in the runoff with 53% of the vote.  (Some analysts suggest that's a blowout - a 6 point margin is most certainly a close election.)  There is no mystery why Ellzey prevailed.  While he garnered a significant percentage of the Republican vote, no doubt what gave him his  majority were Democrats who voted in the run-off for the least Trumpy GOP candidate.'

The Texas race didn't prove anything about Trump's waning influence in the GOP.  It did confirm though something we've known since 2018.  Democrats and to a lesser degree, independents, do not like Trump and will jump at a chance to vote against anyone seen as associated with him.   That's not a nothing burger.   Trump, outside the GOP base, has almost no support.

In Ohio, the Trump endorsed candidate, coal lobbyist Mike Carey, won the GOP special election congressional primary on Tuesday.   Cable news talking heads trumpeted this as sign of Trump's continued hold over GOP voters.  But is that really accurate?  First of all, Trump's endorsement didn't clear the field  Carey ended up running against 10 other Republican candidates, many of whom had high level endorsements.  Despite having Trump's enthusiastic support and Trump's PAC putting at least $400,000 into Carey's campaign, Carey only received 37% of the Republican vote.  Nearly 2 out of every 3 Republican voters in that Ohio congressional district knew Trump had endorsed Carey, yet chose to vote for another candidate.  While the lack of a Trump endorsement didn't help those candidates not named Carey, what really killed their chances was the splintered nature of the vote.

The real message out of Ohio on Tuesday was the special election Democratic primary in Congressional District 10.  In that district, Nina Turner, a former state senator and well-known Bernie Sanders campaign activist, lost to Shontel Brown, a member of the Cuyahoga (Cleveland) County Council.  Brown was seen as the more moderate, establishment candidate.  Turner was viewed as a bomb thrower, someone who was so far left she would not sign on to the Biden agenda.

" Despite having Trump's enthusiastic support and Trump's PAC putting at least $400,000 into Carey's campaign...". Someone once wrote to the effect that President Trump would not spend a dime on anything but himself. While $400,000 isn't much to a fellow who has over $100,000,000 raised to elect people (including himself) still, $400,000 isn't chicken feed.