Recently, several states have increased their statutes of limitations for filing sexual assault lawsuits, or in some cases eliminated them completely.  This sounds like a positive development.   After all, victims of sexual assault are often, understandably, reluctant to come forward. When the victim is a child it is necessary to give that person some time into adulthood to file a civil lawsuit against the perpetrator of the sexual assault.
But extending or eliminating statutes of limitations can also put those accused at a distinct disadvantage.  One thing though you learn from practicing law is that as time passes memories fade, witnesses die, evidence gets lost, destroyed or simply buried by history.  Statutes of limitations exist to ensure that claims are litigated while the evidence is relatively fresh and the evidence proving, or disproving, the claim can be obtained.
Take as an example, the case J.C. v. Robert Alan Zimmerman, a lawsuit filed on Friday.   Zimmerman is also known as Bob Dylan the legendary singer-songwriter.  The lawsuit was filed under the New York Child Victims Act which expanded by decades the statute of limitations for child victims to bring civil lawsuits.  The lawsuit was filed just before the statute, intended to provide temporary relief, expired.  Ironically, New York Governor Andrew Cuomo, who is about to resign due to sexual assault allegations, albeit involving adults, signed the bill into law. 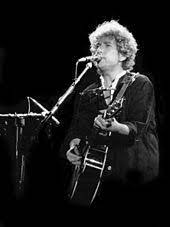 "J.C." is allowed to pursue the litigation in anonymity because she was an alleged child victim.  But J.C. is far, far from a child. The plaintiff is now a 68 year old woman.  In the lawsuit, J.C. indicates a stipulation will be sought to allow her identity to be protected from public disclosure.  The litigation rules protecting minors from having their identity revealed to the public is about protecting MINORS not 68 year olds.  If allowed to proceed as if she were a minor, J.C. would allow her to pursue her litigation against Dylan outside of the public eye.  Regarding non-minors, the courts, and their records, are considered open to the public because of the enormous public interest in the operation of our legal system.
The incident involving Dylan supposedly happened in 1965.  That year, Lyndon Johnson was President, man had not yet stepped on the moon (1969), and seat belts were not yet required in cars (1968).  Ironically, Bob Dylan's performing with the Byrds scored a number one hit in 1965 with "Mr. Tambourine Man."
The complaint alleges that Dylan assaulted, battered, falsely imprisoned J.C., who was then 12 years old.  A final cause of action is that Dylan intentionally inflicted emotional distress on his victim.
Here are some of the factual allegations in the complaint:

11. That between April and May of 1965 the defendant, Dylan, exploited his status as a musician by grooming J.C. to gain her trust and to obtain control over her as part of his plan to sexually molest and abuse J.C."
12.  That the defendant, Dylan, exploited his status as a musician to provide J.C. with alcohol and drugs and sexually abuse her multiple times."
13.  That at certain times the sexual abuse of J.C. by the defendant, Dylan, occurred in his apartment at the Hotel Chelsea.
14.  That by reason of the wrongful acts of the defendant, Dylan, as set forth above, J.C. sustained physical and psychological injuries, including but not limited to, severe emotional and psychological distress, humiliation, fright, disassociation, anger, depression, anxiety, personal turmoil and loss of faith, a severe shock to her nervous system, physical pain and mental anguish, and emotional and psychological damage, and, upon information belief, some or all of these injuries are of a permanent and lasting nature, and J.C. has and/or will become obligated to expend sums of money for treatment."

The lawsuit later alleges that Dylan acts included a "series of harmful and offensive contacts to [J.C.'s] person which were done without her consent.  The complaint though is remarkably short on detail regarding the nature of those contacts.  My guess is that, because this complaint is public, J.C.'s attorney chose to use vague generalizations.  Once the lawsuit is deemed confidential, and outside the public purview, J.C.'s attorney may well amend the lawsuit to include more salacious detail.
If I were Dylan's lawyer, I'd fight tooth and nail to insist that J.C. be required to litigate the matter in public.  Recently a similar lawsuit filed against actor Kevin Spacey based on his supposed sexual assault of a 14 year old in the 1980s was dismissed when the alleged victim, now a middle-aged adult, refused to allow his identity to be made public.  Like the Dylan case, the Spacey lawsuit was also made possible because of the increase in the statute of limitations made possible by the New York Child Victim's Act.
Let's say you are the lawyer defending Dylan. Dylan tells you J.C. never came to his apartment at the Chelsea.  Maybe you could subpoena the doorman to Dylan's apartment?  The doorman is probably dead, and if he or she is not, what is the likelihood of that person remembering who Dylan was with when he held the door open 56 years ago?  But what about the Chelsea's records?  I checked - the Chelsea Hotel still exists - but what are the odds the hotel has retained written or video record from 1965 of those people entering the building?  Pretty much zero.  J.C. is also claiming she incurred treatment and medical bills from the alleged assaults.  Being able to get 56 year old medical records is difficult enough, but even if you could, most of the doctors and other medical personnel who authored the records would be dead or unable to remember specifics.
Statutes of limitations exist to ensure fundamental fairness in our legal system.  We should not be so quick to throw them out.
Posted by Paul K. Ogden at 1:40 PM

Dylan was in Europe from April 26th to June 2nd.

Although I am sure Bob is glad "fans" are no longer stealing his trash, that has to be preferable to accusations such as these.

In comments on another blog, I noted that Dylan was reportedly on a European concert tour during the relevant time. Although I would note, I think the complaint says April and May, so if that tour began on April 26th as you indicate, that doesn't cover all of April.

Fortunately for Dylan he was/is a big celebrity and has newspapers documenting his concert tour. Non-celebrities getting accused of incidents that supposedly happened 56 years ago don't have that luxury. Still the whole thing might be pointless. All the plaintiff has to do is amend the complaint to change the dates and the issue goes away.

It's hard to fault the plaintiff for getting dates wrong. After 56 minutes in Costco, I can't remember where I parked my car. I can't imagine trying to remember dates and other specifics on something that happened 56 years ago. And that is exactly why we have statutes of limitations.

I put most of the blame on the New York state legislature which gutted the statute of limitations on these actions so these extremely old causes of action could be filed. That was so irresponsible of them.