In Challenge to Long-Standing First Amendment Precedent, Trump Sues Social Media Companies to Force Them to Publish His Views

Former president Donald Trump on Wednesday filed class-action lawsuits targeting Facebook, Google and Twitter and their CEOs, escalating his long-running battle with the companies following their suspensions of his accounts.

The suits were filed in the Southern District of Florida, and Trump said at a news conference in Bedminster, N.J., that they would call for the court to issue an order blocking the companies’ alleged censorship of the American people.

“We’re demanding an end to the shadowbanning, a stop to the silencing, and a stop to the blacklisting, banishing and canceling that you know so well,” Trump said. 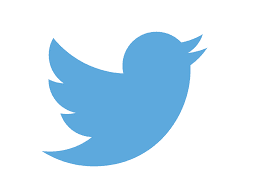 It also called for the court to strike down Section 230, a decades-old Internet law that protects tech companies from lawsuits over content moderation decisions.

As any first year law student knows, the First Amendment only applies to government action.  It doesn't, apply to non-government, such as businesses.  If I go into a Chicago Cubs bar and I talk about how great the Cincinnati Reds team is, the owner can kick me out.  The First Amendment does not protect me.

From news reports, it appears the lawsuit is claiming that Section 230 somehow converts private companies into government actors for which the First Amendment would apply.  Trump's position urging repeal of Section 230 never made any sense.  If Section 230 is done away with, social media companies would no longer be shielded from libel lawsuits and would be inclined to engage in even more of the legal censorship Trump complains of.

While Trump is quite litigious, his lawsuits are usually about something other than seeking redress in court.  I doubt Trump thinks he can win the social media lawsuit.  Most likely Trump is using it as a way to raise money, i.e. yet another way to fleece his flock of extremely gullible supporters.

Unfortunately, this isn't that simple. Social media sites have special rules under the law because they are considered platforms and not publishers. Once a platform starts to curate user posts because for arbitrary reasons they start to fall into the role of a publisher. Which is what this and other lawsuits are about.

This is not similar to cases like a cake baker business having the right to refuse what wording they put on a cake.

Here are the facts – actual, confirmed facts – that shape their perspective: 1) The FBI/etc spied on the 2016 Trump campaign using evidence manufactured by the Clinton campaign. We now know that all involved knew it was fake from Day 1 (see: Brennan’s July 2016 memo, etc). 3/x

These are Tea Party people. The types who give their kids a pocket Constitution for their birthday and have Founding Fathers memes in their bios. The intel community spying on a presidential campaign using fake evidence (incl forged documents) is a big deal to them. 4/x

Everyone involved lied about their involvement as long as they could. We only learned the DNC paid for the manufactured evidence because of a court order. Comey denied on TV knowing the DNC paid for it, when we have emails from a year earlier proving that he knew. 5/x

This was true with everyone, from CIA Dir Brennan & Adam Schiff – who were on TV saying they’d seen clear evidence of collusion w/Russia, while admitting under oath behind closed doors that they hadn’t – all the way down the line. In the end we learned that it was ALL fake. 6/x

At first, many Trump ppl were worried there must be some collusion, because every media & intel agency wouldn’t make it up out of nothing. When it was clear that they had made it up, people expected a reckoning, and shed many illusions about their gov’t when it didn’t happen. 7/x

We know as fact: a) The Steele dossier was the sole evidence used to justify spying on the Trump campaign, b) The FBI knew the Steele dossier was a DNC op, c) Steele’s source told the FBI the info was unserious, d) they did not inform the court of any of this and kept spying. 8/x

Trump supporters know the collusion case front and back. They went from worrying the collusion must be real, to suspecting it might be fake, to realizing it was a scam, then watched as every institution – agencies, the press, Congress, academia – gaslit them for another year. 9/x

Worse, collusion was used to scare people away from working in the administration. They knew their entire lives would be investigated. Many quit because they were being bankrupted by legal fees. The DoJ, press, & gov’t destroyed lives and actively subverted an elected admin. 10/x
Much more at the link. (Via Ann Althouse)."

"Thorton Timms" is just a commentator on a website you apparently read. The only "Thorton Timms" I could find is a certified technology officer for a company. He clearly does not have a background in law.

Section 230 was passed because these social media companies wanted to be platforms instead of publishers. If they are considered publishers they can be more easily subject to libel laws. As a side note, it is so ridiculous to argue they should allow content on their sites and then in the next breath try to take away the legal protection (Section 230) for allowing that content to be published on their cite.

Contrary to Timms' argument, whether you are a publisher or not has ZERO to do with the applicability of the First Amendment. Even if these social media companies were considered to be publishers, they still have the right to not publish material they disagree with because they are PRIVATE companies. The First Amendment applies to limit GOVERNMENT.

Timms is certainly wrong that the Terms of Service does not give the social media platforms the right to censor information they disagree with. I guarantee you that contained within the lengthy TOS is language that the social media companies have the absolute right to decide what is allowed on their platforms and kick off people they don't want. But even if such provisions was not included in the TOS, they would have that right because, once again, the First Amendment only applies to government.

If Timms actually knew what he was talking about (he clearly does not), he would be making an argument that these social media companies somehow constitute government and thus the First Amendment applies. That's the only way the lawsuit works.

Ah, yes, the clueless defense....We will see. However, your sources are quite suspect. https://www.breitbart.com/politics/2021/07/11/doj-retracts-claim-of-fully-constructed-capitol-lego-set-lego-of-riot-suspect-in-a-box/# An example of lying to which your TDS exposes you to being defenseless against.

You are assuming the case gets to discovery. It may very well not.

Trump is asking for private companies to be considered as "government" in order to apply the First Amendment. That's not the way the First Amendment has been interpreted and as such a Rule 12(b)(6) motion to dismiss (for failure to state a claim for relief) will be filed. If that's granted you don't get to the discovery stage.

A judge might deny the Motion to Dismiss simply because it's no harm, no foul if it's not granted. The aforementioned legal issue can still be ruled on by the court during the summary judgment (discovery) phase. Regardless, the Trump legal theory is a long, long shot.

Nonetheless, you do realize that advocating that government monitor private companies and force them to publish people's views is about as liberal and big government as one can be?
Of course, the Trump cultists have never had a coherent political view other than worshipping at the feet of "Dear Leader." God forbid they ever have an original thought.