If Governor Holcomb Wants to "Rescue" a GOP County Organization, He Might Consider Hamilton County

Last week, I wrote about Indiana Governor Eric Holcomb's intervention to "rescue" the Marion County (Indianapolis) Republican Party by installing one of his operatives, Joe Elsener, as Chairman.  Marion County, which has now become the most Democratic county in the state, is in dire need of help.  I have doubts though that Holcomb and Elsener are willing to take the steps necessary to repair what used to be one of the best grassroots party organizations in the country. 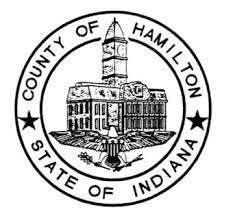 Holcomb would be better advised to focus more on the Republican county organizations that are currently on fire, and not in a good way.  Looking at the more urban Indianapolis donut counties, the Republican numbers are significantly down during the Trump era.  But one county ranks above them all in terms GOP decline - Hamilton County.

Directly north of Marion County-Indianapolis, Hamilton County is home to three of the state's 20 largest cities - Carmel, Fishers and Noblesville.  Westfield and other municipalities also lie in its boundaries.  Hamilton County has the fourth largest population in Indiana and is the wealthiest county.  Long a bastion of Republican votes, Hamilton County is rapidly losing its GOP edge.

It is easy to chalk off such performances due to Trump's significant unpopularity in Hamilton County as opposed to the unpopularity of the GOP brand.  But off year elections show Republican candidates significantly underperforming in Hamilton County.  In the 2019 municipal elections, Democrats won a combined three seats on the Fishers and Carmel city councils.  The Democrats could have won a majority on the Fishers council had they been able to recruit candidates to run.  The Hamilton County Democratic Party also couldn't find candidates to challenge the GOP incumbent mayors in Carmel, Fishers and Westfield.  Precinct election results in 2019 show Democratic mayoral candidates in those cities would have started with a 45% baseline.

It should be emphasized that, until 2019, no Democrat had ever won elected office in Fishers or Carmel.  Indeed, for decades there had been virtually no elected Democrats anywhere in Hamilton County.