$15 an Hour or Bust; Why Can't Democrats Be Reasonable About the Minimum Wage?

President Joe Biden campaigned on raising the federal minimum wage to $15 an hour.  Republicans and some Democrats in Congress think the increase is too steep.  Republican Senators Mitt Romney and Tom Cotton have proposed raising the minimum wage to $10 an hour and indexing it to inflation. This is unacceptable to liberal politicians who insist that it needs to be immediately raised to $15 an hour to keep up with inflation.  But a look at the numbers shows this is not true. 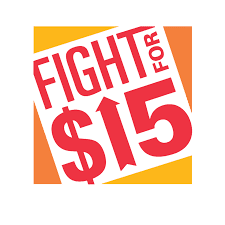 While some of that is due to states enacting their own, higher, minimum wage laws, the biggest factor is the huge demand for unskilled labor.  Workers can move from one job to another securing better pay.  A worker who is making $10 an hour, can quite easily move to another job paying $12 an hour.

The nonpartisan Congressional Budget Office estimates the increase of the minimum wage to $15 an hour would cost 1.4 million jobs.  That statistic doesn't include the number of people who would remain employed but have their hours cut because their employer can't afford $15 an hour.

We have an ideal situation now where demand, and job mobility, is driving up wages of unskilled workers far above the federal minimum wage of $7.25 an hour.   While I don't think a federal minimum wage is necessary, at the very least we should not set it at such a level that it costs people their jobs or causes their hours to be cut.