Life is About to Change in Indianapolis, So Why Are City Leaders Stuck in the Past?

This fall, the City of Indianapolis approved $155 million in 25 year bonds for the expansion of the convention center.  The expansion includes a 50,000 square ft. ballroom across the street from the current convention center and 93,500 square feet of meeting rooms.  As part of the project, Kite Realty Group would pay to construct two more downtown hotels.

Of course, Indianapolis expanding its convention center is not a new thing.  Every few years, there is a proposal to expand the convention center which is approved and taxpayers are handed the bill with the assurance the "investment" will pay off in newer, bigger conventions. 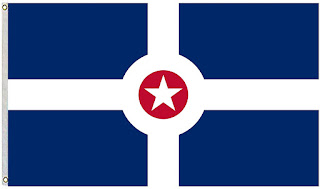 The Council vote on the new project was, quite unbelievably, unanimous.  The five Republicans left on the 25 member council could not even bring themselves to cast a vote for taxpayers.  Sadly, one thing local Democrats and Republicans have always agreed on is spending taxpayer money on corporate welfare schemes.

While he was alive, the legendary Indianapolis blogger Gary Welsh wrote how, in addition to the city's taxpayers subsidizing the construction of facilities used for these conventions, Indianapolis taxpayers also subsidize the conventions themselves, including paying to lower the price of hotel rooms for convention goers.

The Indy Star quotes two councilors on the eve of the September vote:

"This evening is very significant for the city of Indianapolis and our future," said Republican council member Paul Annee. "Many years ago, city leaders decided this would be a convention city and we would be in the convention business, the amateur sports capital of the world. Tonight reestablishes that current city leaders understand that vision and that we're voting to carry that on."

Council member Keith Potts said the project will be an integral part of downtown's economic revitalization following the coronavirus pandemic.

In short, Annee and Potts believe that Indianapolis 2021 and the years ahead, will be the same as the city was in 2000, 2010 and even 2019.   In other words, City leaders believe Indianapolis downtown economy will continue to thrive based on large groups of people traveling to the city and congregating in the downtown area for convention and sporting events.

We are in the midst of the worst pandemic in 100 years.  As a result, convention business has dried up almost completely. But even before Covid-19 became a public health threat, companies and organizations were cutting back on holding large conventions.  Indianapolis was fighting for a bigger piece of the shrinking convention business and that is only going to get worse moving forward.

The folly of tethering the city's future to its past should be apparent from Indianapolis' struggles with parking.  In 2011, Indianapolis Mayor Ballard locked the city into a 50 year privatization deal for the city's parking meters, a contract from which the city could only escape every 10 years by paying a hefty penalty, which penalty, according to the contract, could not be financed by borrowing.  The contract also allowed Indianapolis to take 200 meters out of circulation before paying the contractor the same share as if the meter was in use full-time.   In another twist of the very one-sided contract, Indianapolis could not replace meters it removed to get back under the 200 limit.

Indianapolis has long ago hit the 200 mark, which means the city is now paying the parking contractor, ParkIndy, every time it disables a parking meter so restaurants such as those on Mass Avenue and Broad Ripple Avenue can have outside dining options during the pandemic.  Almost certainly, during the next forty years, with driverless cars and more people working remotely, the city's parking needs will decline dramatically.  Yet, Indianapolis will, for 40 more years, be locked into a contract based on what the city's parking needs were in 2010.

Instead of learning from the parking contract boondoggle, Indianapolis city leaders are making the same mistake with convention/sports business - assuming the future will be exactly like it is in the past.  That's an easy thing to do when it is taxpayers assuming the risk.   But no doubt change will come which is why city leaders should not be focused on the past when deciding the city's future.

By the end of the 2020s, life in downtown will look much different than it did at the start of the decade.  Many of the downtown office buildings are going to empty out as workers are given the option of working remotely.  Shared office space for those who do have to occasionally work downtown will become the norm.  People will no longer have the need to drive downtown on a regular basis and by the end of the decade self-driving private automobiles will no doubt be here.  As people no longer have to live near where they work, people are going to leave the cities and suburbs to move to the the exurbs and rural areas.

A few years ago, Indianapolis went all in on an expensive new bus system, assuming, wrongly, that transportation needs in the future will remain as they were in the past.  That turned out to be folly as demand fell dramatically during the pandemic, a decline which is likely to continue to fall as the need for people to commute to work decreases.

It is impossible to know exactly what the future brings, but one can spot trends. Those trends suggest city leaders are wrong in assuming the future of Indianapolis downtown will remain the same as it was in the past.  Flexibility needs to be Indianapolis leaders' guiding principle when engaging in city planning.  Flexibility does not meant tying up the city's future with long-term contracts and long-term debt.

Actually, I think by the end of the decade (assuming a single Biden term - if he lives or serves that long - would be followed by a Harris presidency) we will see private transportation severely restricted into major cities, including Indianapolis. If GND in one form or another is established, we might see a London style congestion tolling system put into place surrounding downtowns of major cities, or a push requiring those who commute into downtown areas to use public transport. Now will this lead to billion dollar boondoggles like the couple miles of the "bullet train" built in the middle of farmland in California? Yep. Unfortunately Indiana can't see past its collective a-hole and is ripping up perfectly good rail (Fair Train) and replacing it with paths to talk your dog on. How stupid.

Anon 4:24, while it's true that the power of the President has been growing, I don't think a President of the United States has the power to restrict private transportation in cities. At best, it would require an act of Congress, but I doubt Congress has that power either. It would probably have to be individual state legislatures using their police powers.

I enjoy your columns of local interest. Thank you.

4:24 again - I do think the President and Congress would have that power - the purse. State legislatures rely on the Federal Government for its funding, as state taxes alone won't cut it - see the state fiscal morass in the larger Blue States. It was done with laws like seat belts, age 21 drinking, the 1974 55 MPH speed limit, and maybe with the .08 BAC laws. Pass this law or lose your federal funding. Maybe courts have restricted this practice but AFAIK, it still goes on. Would a POTUS and Congress have the cojones to withhold Medicaid and other related funding to achieve state legislative compliance?

I don't think President-Elect Biden or President in Waiting Harris are foolish enough to enact a private transport ban via executive fiat, nor Congress via act. No, it'll come in the form of regulation from agencies like the EPA and DoT and Congress will allow such regulations to come into effect. Oh sure there will be the usual yelling and screaming but in the end it will go into effect.