In a tweet yesterday, President Trump offers his followers some alternative facts to keep hope alive:

Twitter labeled the tweet "This claim about election fraud is disputed."  To say the least.
I went looking for where the "facts" in the tweet came from.   Although President Trump tagged reporter Chanel Chanel Rion of OANN, she did not do the report.  (However, Rion was quick to retweet President Trump referencing the OANN story. )  Turns out the the report was from OANN reporter Lillia Fifield: 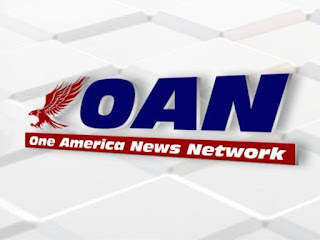 "Election systems across the country are found to have deleted millions of votes cast for President Trump. According to an unaudited analysis of data obtained from Edison Research, states using Dominion Voting Systems may have switched as many as 435,000 votes from President Trump to Joe Biden. And the author also finds another 2.7 million Trump votes appear to have been deleted by Dominion, including almost 1 million Trump votes in Pennsylvania alone. Analysts say the theft and destruction of votes are attributed to so-called ‘glitches’ in Dominion's software, and the extent to which this affected results can be verified by hand recounts of votes in each state.”
The Fifield article mentioned that the claims in her story were based on an "unaudited analysis of date obtained from Edison Research," So, I went looking that "unaudited analysis" Edison had supposedly done.   Edison's response:  "Edison Research created no such report and we are not aware of any voter fraud."
Later that same day, OANN came out with a new story focusing on the fact President Trump has tweeted the media outlet's original story and repeating its claim that the information came from an "unaudited analysis" of election data done by Edison Research.  Even though Edison Research flatly denies doing any such analysis, the story, amplified by Trump in his Twitter feed, has made its way across the internet and is now accepted as gospel by many conservatives.

Late Thursday, the Cybersecurity and Infrastructure Security agency, which is part of the Department of Homeland Security, issued a statement that it had found the election to be "the most secure in history."  In a tweet this morning, Trump took credit for that while also declaring that the Democrats had "rigged" the election.  Who said you can't have your cake and eat it too?  MAGA!
Poor, pathetic Democrats.  They rigged the election for Joe Biden, but stupidly forgot to rig the election for all their down ballot candidates who lost.   Believing that nonsense would be like believing the FBI began a bogus Russian investigation of the campaign to try to stop Trump from being elected in 2016, even though the existence of the investigation was not disclosed until after the election.  Of course, Trump supporters actually believe both a
Reading the Twitter machine, many Trumpers are furious at FoxNews for acting like a responsible news organization, calling the election for Biden and referring to the Vice-President as "President-Elect" in their stories.  Trump supporters desperately want to live in an alternative, fact-free universe in which the landslide re-election of Dear Leader was blocked by widespread voter fraud and other irregularities.  Democrats are going to prison!  Donald Trump will be re-elected after all!  MAGA!
OANN and Newsmax are incentivized to peddle lies as news.  Both are desperately trying to get in good graces with Trumpers in order to steal some of FoxNews' audience.   FoxNews, at least the regular reporters as opposed to the prime time opinion hosts like Sean Hannity, Tucker Carlson, who are not tethered to actual facts, has not been willing to give Trumpers the false narrative that Trump actually won the election.  OANN and Newsmax are trying to provide that narrative Trump supporters desperately want.   The effort appears to be working as FoxNews' audience, especially its daytime viewership, is falling, while OANN and Newsmax has increased its share.  (Still awaiting better numbers.)  Still OANN and Newsmax have only a tiny fraction of the viewership FoxNews has.
OOP's short takes:
Posted by Paul K. Ogden at 2:55 PM