Trump Republicans in Georgia May Hand Senate Control to Democrats

In a previous column, I documented how defections from Never Trump Republicans provided the winning margin for, now, President-Elect Joe Biden in Arizona, Wisconsin and Georgia, three states Biden won by a total of 43,475 (a revised figure) votes.  If those states had flipped, it would have been a 269-269 tie in the Electoral College and the House would have handed Trump a second term

Democrat Joe Biden is the 46th President of the United States and his win, without question, was made possible by Republicans who refused to sign on to another four years of Donald Trump. 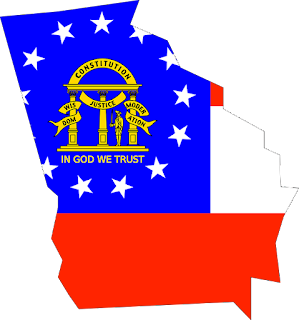 Next up on January 5th is a run-off election involving the fate of two sitting Georgia Republican Senators.  This time it might be another group of Republicans - Trump Republicans - whose efforts, or lack thereof - give control of the Senate to the Democrats.

A movement is afoot to punish Georgia Senator David Perdue and Kelly Loeffler for their sin of not being sufficiently supportive of Trump's attempts to overturn the election result in Georgia.  Salon today reports:

A super PAC linked to longtime Trump adviser Roger Stone is calling for Republicans to write-in the president's name in the upcoming Senate runoff elections in Georgia as retaliation after his re-election bid failed in the once red state.

The Committee for American Sovereignty, a group tied to Stone which raised millions pushing disinformation during the 2016 election, launched a new website urging Republican voters to "crush" the "plot to destroy America" by "writing in Trump for the Georgia Senate runoffs."

With enough write-ins in the Georgia senate race, we can tilt the balance in Georgia in Trump's favor!" the site says. "If we can do this, we have a real chance at getting these RINO senators to act on the illegitimate and corrupt election presided over by a Democrat party that is invested in the Communist takeover of Our Great Nation."

The website was first covered by The Daily Beast. Trump supporters on Parler, the far-right version of Twitter, have also pushed a similar plan to boycott the pivotal runoffs or write in Trump's name.

The irony is that few Senators have been more loyal Trump supporters than Perdue and Loeffler.  The two Senators issued a joint statement calling for Georgia Secretary of State, Brad Raffensperger, also a Republican and Trump supporter, to resign for unproven irregularities in the running of the election. Governor Brian Kemp has also been attacked by Trump supporters.  Unlike Kemp, Raffensperger has chosen to fight back, using social media and an op-ed published in USA Today.  In his editorial, Raffensperger complains that, despite his running an honest election and his previous support for the GOP and President Trump, he is being thrown under the bus because Trump lost the state and Perdue and Loeffler couldn't get to the 50% threshold to avoid the January 5th run-off.

It would be a mistake to just assume that the Trump supporters pushing for Georgia Republicans to write in Trump's name for the Senate, or to stay home in protest, are part of a fringe group, too small to make a difference.  After all, only 3% of Republicans think Biden won the election according to a CNBC poll.  The myth of Trump having the election stolen from him is gospel in GOP ranks and it would not be surprising if those voters were motivated to punish someone for that supposed theft, including Republicans.

Add to that GOP headache, is the fact that Republican organizations like the Lincoln Project will be working to motivate Georgia Never Trump Republicans to vote against Perdue and Loeffler.  For four years, President Trump fawned over dictators and undermined our allies, all the while trashing the Constitution and American democratic values.  As United States Senators, Perdue and Loeffler chose to enable Trump's worst behavior rather than stand up and do what is best for their state and this country.  I agree with the Lincoln Project that Trumper enablers, like Perdue and Loeffler, need to be defeated.

https://pjmedia.com/columns/christian-josi/2020/11/26/polling-the-gateway-political-drug-to-misinformation-mistakes-and-malfeasance-n1172454?utm_source=piano&utm_medium=onsite&utm_campaign=582 Though not referring to Paul by name the concept that Paul has been drugged by polls seems accurate and his four years of spouting garbage and misinformation remains intact and without apology to sentient beings.