Trump is the Republicans' Frankenstein's Monster

Early in his Presidency, Republican elected officials and GOP activists had the opportunity to push back on the excesses of President Trump, to hold him accountable, to guide him toward being a better President, someone who truly did put the interests of America and Americans first.  Instead they chose to do absolutely nothing.  The result was that the power and cult of Donald Trump, within the ranks of the Republican Party, grew and grew and grew.   Now that Trump has lost his quest for re-election, those same Republicans expect Trump to step aside and cede hcontrol over the Republican Party to his successor, whomever he or she may be.

Here is a hard truth my fellow Republicans never understood, or, at least, accepted.  Donald Trump does not care about the Republican Party or conservative causes.  The GOP was merely a vehicle for Trump promoting himself and acquiring power.   If the Republican Party is not providing him with an opportunity for political power, Donald Trump would just assume burn the party down ... and let the libs win. 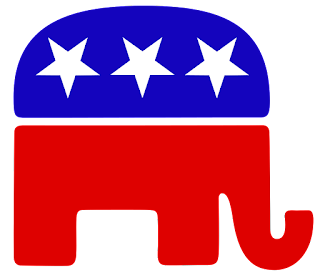 I am not a fan of scary books or movies.  But the Republicans' dilemma reminds me of the monster Dr. Frankenstein built in his lab.  It started out as an harmless experiment and the monster that was created was well-liked by a blind man who took him in.  But the monster eventually turned against the world that didn't like his ugliness and started killing.

Donald Trump is one ugly human being and he's very likely to start killing the Republican Party.  He has been given the keys to the GOP, and even though he lost the election, he is keeping those keys.  Before Trump leaves office he will announce his intention to run again in 2024.  The announcement will mean he remains in the public eye and the money will continue to flow into his campaign coffers.  It is a simple thing to turn around and spend that campaign money on companies with "Trump" in their name, which means much of that money ends up in the pocket of Donald Trump and his children.  That's exactly what happened to much of the 1.2 billion the Trump re-election campaign raised.

Trump may not actually follow through and run for re-election in 2024.  Running and serving is a lot of work.  But the announcement would mean he could continue scamming his followers for more money.  The effect of Trump's announcement, however, is that he will freeze the Republican field for 2024, leaving whoever is nominated in a deep hole.  And Trump does not care.  He never did.