The 2020 Election Is Not About Issues; It Is About The Survival of American Democratic Values And Institutions

Today is Election Day 2020.  "Election Day" has become a bit of a misnomer.  More like Election Deadline, the day we stop voting and start counting the votes.

I thought today is a good day to stop and reflect on what this election is really about.  But first let's discuss what the election is NOT about.

No, Democrats, this election is not about court packing, Medicare for All, Green New Deal, fracking, abortion, affirmative action, climate change, minimum wage increase, tax increases for the wealthy, free college  for all, healthcare, immigration reform, ending the Senate filibuster, or statehood for D.C. and Puerto Rico. 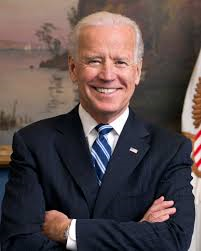 No, Republicans, this election is not about appointing conservative judges to the bench, lower taxes, limited government, tax cuts, reducing the budget deficit (most definitely not about that), abortion, fracking, crime in the cities, defunding the police, tariffs, cracking down on illegal immigration, limited government or building the wall.

This election is not even about Covid-19, the pandemic which has killed over 220,000 Americans.

The issues which typically animate those who occupy the right and left sides of the political spectrum are not on the ballot this year..  Rather what is on the ballot is the character of our nation, who weas Americans want to be.  We are voting on whether we want this great American experiment, which began 233 years ago, should continue..

This election is about whether to re-elect a President who is an existential threat to our democratic republic.  A President who admires dictatorial power and aspires to acquire absolute power himself.  A President who ignores any constitutional limits on his authority.  A President who has repeatedly abused the powers of his office to enrich himself and his family, and to go after his whistleblowers and others who dare try to hold the President accountable.   Donald Trump is most certainly not a patriot.