Over the past several weeks, I've written a number of articles about the archaic machinery of the Electoral College and how that machinery could be used to create a very anti-democratic result.  Then Biden grabbed a poll lead in several states which suggested my concern over those Electoral College scenarios, which require the election to be fairly close, would not be happening. Well, turns out I need to dust off those articles because this election is really close.

As I write this, Vice President Joe Biden has a decent lead in Wisconsin, a small but growing lead in Michigan, and a big enough lead in Arizona probably to sustain any Trump comeback.  The big one the Biden people need to worry about is Nevada, a state where Biden has a razor thin 8,000 vote lead.  (They won't be giving a final tally until tomorrow.)   If you take those states along with Biden winning the second congressional district in Maine and Nebraska (which states apportion elector districts by congressional district won), Biden has 271 electoral votes to Trump's 267. 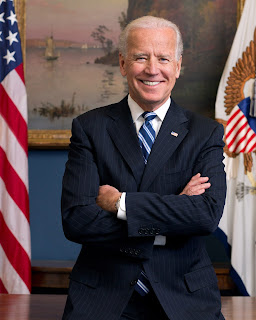 Biden also is said to still have a chance in North Carolina, Georgia and Pennsylvania.  I am not buying North Carolina.   In the Tar Heel state, Biden trails by 1.4%, about 78,000 votes with 95% of the vote in.  The remaining ballots are apparently mail-in ballots which are counted as long as they are post-marked by Election Day.

I am also skeptical of Biden catching up in Pennsylvania.   While only 64% of the vote is in, Biden trails by 9 points, nearly 500,000 votes.  Supposedly there is over 1 million votes still to be counted, votes which are supposed to come from more urban, and Democratic, areas.  But for Biden to get 75% to 80% of those ballots seems like a tall order.

Okay, now I'm hearing the number of ballots to be counted in Pennsylvania is closer to 2 million.  That would change my calculations.

Biden also has a hill to climb to win Georgia.  The former Vice-President  trails by 2.2%, about 100,000 votes with 94% of the vote counted in the state.  But almost all the vote out is in the Atlanta metro area which is strongly Democratic.

I won't repeat my nightmare Electoral College scenarios, but I will add one. BRIBERY.  Electors are actual people.  If Biden has 271 electors, it would only take two of them throwing away their votes on someone else to deprive Biden of the 270 he needs to win and to throw the election into the U.S. House, where the vote would be by delegation.  (FYI, some states do allow faithless electors or all they face is a fine.)  Republicans do not have a majority in the House, but they do have a majority of state delegations.