Hamilton County (Indiana) Continued Democratic Trend in 2020; What if Trump Pardons Everyone?

In the presidential contest, Donald Trump's winning margin in 2016 was down from 19 to 16 points, but still an easy win.

Over the years, I have been watching voting trends in Hamilton County, Indianapolis/Marion County's wealthy neighbor directly to the north.   The county has several several fairly large cities, i.e. Carmel, Fishers, Westfield, and Noblesville, and the fourth largest population of any county in the state. 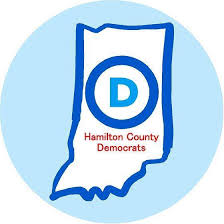 Hamilton County was also known as the most Republican county in the state.  In 2004, President George Bush defeated Democrat John Kerry 74-25 for re-election in the county.  Bush won Hamilton County in 2000 74-24.

But starting in 2008, Hamilton County as a GOP powerhouse began to fade.  That year then Senator Barack Obama received 38.5% of the vote.  In 2008, Republican presidential nominee John McCain only won 60.6% of the vote against Barack Obama.   That rebounded in 2012, with Republican Mitt Romney receiving 66.2% of the Hamilton County vote in an effort to deny President Obama a second term.

Another way to look at things is to compare how Democratic Hamilton County is versus the rest of Indiana:

As of 2020, Hamilton County is now more Democratic than Indiana is as a whole.

Democrats tried to flip several GOP state legislative seats in Hamilton County in 2020, but fell short on every one of them except for the state senate seat held by John Ruckleshaus, a seat which cuts deeply into Marion County and Ruckelshaus barely won in 2016.   But the continuing Democratic trend in Hamilton County means it will be difficult to redraw those districts so they remain Republican for the next decade.