It is said that one one of the strengths of Donald Trump as a politician was an ability to get traditional Democrats and independents to cross over and vote for him.  Working men and woman (but particularly men) without college degrees, who usually voted Democrat, crossed over to vote for Trump. 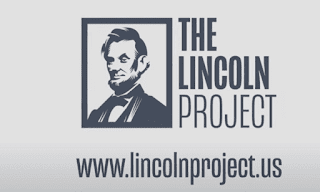 That was always more myth than reality.

That would have led to a Democratic landslide, except for one thing.  Although the Democrats greatly boosted their turnout, Republicans did even better, including people who rarely vote.  The assumption has always been that the great swath of non-voters out there, those who don't regularly participate in elections, would vote for Democrats if they would just show up.  Well, in 2020. they did finally made it to the polls - and voted Republican.

So even though Trump lost the independent voters in 2020, the increase in GOP turnout, relative to the Democrats, should have allowed him to win key swing states to put him over the top thanks to increased Republican turnout.  Except for one thing - GOP voters defecting to Biden.

Contrary to Trump mythology, in 2016 Hillary Clinton was just as adapt as Trump when it came to getting partisan cross-over vote.  But in 2020, Biden bested Trump in partisan cross-over vote in every swing state, except for Ohio where they ran evenly.  Although those who identified as Democrat and Republican voted heavily for their party's candidate, Biden's ability to get more Republicans to vote for him than Trump's success with Democrats, was enough to put him over the top in the three closest swing states - Wisconsin, Arizona and Georgia.

GEORGIA (16 Electoral Votes)
Right now Biden is winning Georgia by 14,156 votes.  (A recount is continuing as I write this).  Partisan breakdown in the state in the 2020 election was 38% Republican 34% Democrat, and 28% Independent.  Democrats voted for Trump at a 4% clip, while 6% of Republicans voted for Biden.  Not much of a margin, but enough.  If Republican Georgia voters had simply matched the Democrats support for Biden, Trump would have had 37,576 more votes and won the state.

Since the election, some political types have been dismissive of the efforts of the Lincoln Project, Republican Voters Against Trump and other Republican organizations and individuals who worked to defeat Donald Trump.  And, indeed, their efforts may not have moved the GOP numbers by much.  But what those naysayers did not understand was that the Republican electorate did not have to be moved much to deny Trump a second term.  It is clear from crunching the numbers that the Never Trump Republicans succeeded in making Donald J. Trump a one term President.