Today, I woke up to MSNBC's Morning Joe program discussing an ABC/Washington Post poll showing Biden leading by 17 points in Wisconsin, one of a trifecta of states - Michigan and Pennsylvania being the other ones - Trump had narrowly carried in 2016, allowing him to pull out a narrow Electoral College victory..

I knew, my brain still fogged by sleep, I must have misheard that poll result.  I went to the kitchen and grabbed a cup of coffee.  Proceeded to my home office and turned on the computer to check out the most recent polls. 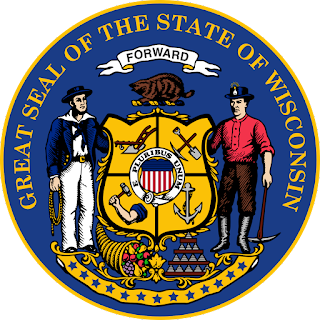 And there it was.  Biden with 17 point lead among likely voters in Wisconsin.  A month ago, ABC/Washington Post had it at 6 points.

Michigan was also polled with Biden being found to have a 7 point lead in the state. Unlike Wisconsin, Michigan had not been previously polled by ABC/Washington Post, so no comparable poll to ascertain movement.

Moving much further south, Biden has taken a 47.9 to 46.9 lead in Georgia. Trump won Georgia by 5.1 points in 2016, but Biden has been neck-and-neck with the President since he became the presumptive Democratic nominee this spring.  Turnout has been through the roof in Georgia.  I don't think those are Trump voters standing in line for as long as 8 hours to vote.  I think Biden wins Georgia.

But the real story out of Georgia might be the two U.S. Senate races.  In the regular Senate contest, incumbent David Perdue is clinging to a 1.5 point lead in his contest against Democrat Jon Ossoff.  I think Ossoff wins that race though a Libertarian in the race might prevent him from getting to 50%, forcing a run-off between Perdue and Ossoff.

The other Senate race is a special election.  Republican Kelly Loeffler is the appointed Senator filling the seat pending the outcome of the special election.  She is squaring off against Republican congressman Doug Collins, one of President Trump's most stalwart defenders during impeachment.  Loeffler and Collins are in a battle to appear the most Trumpiest.  Loeffler has even go so far as to publicly embrace and campaign with Marjorie Taylor Green, a GOP congressional candidate who has expressed support for the Qanon conspiracy theory.

On the other side, Pastor Raphael Warnock has risen to the top of heap as two other Democratic candidates have faded.  But unlike the Perdue-Ossoff race, the first step in this contest is a "jungle primary" in which all candidates are lumped together.  If the top candidate does not receive 50% there is will be a run-off election taking place on January 5, 2021.  While originally it was thought that the top two candidates could be Loeffler and Collins, Warnock has surged ahead.  So it looks like Warnock will be squaring off against Loeffler or Collins in the run-off.

There is actually a possibility that Ossoff and maybe even Warnock can hit 50% and avoid a run-off. The thought with a run-off is that the advantage will swing to the Republican candidate if Biden is elected President.  While I would normally agree with that assessment the problem is that if Biden wins, Trump will almost certainly make some highly controversial moves in November and December (like pardoning himself, all his family members and scores of friends and political allies).  The GOP Senate candidates will be asked if they support Trump's actions and if they say "yes," they alienate anti-Trump vote they need and if they say "no" they alienate pro-Trump vote they need.  It is a no win situation.

In short, I think Democrats might well pick up both Senate seats in Georgia.