Politico reports on the recruitment of poll workers by the Trump campaign:

...With the lifting of a decades-old consent decree, the Republican National Committee is now free to engage in poll watching. 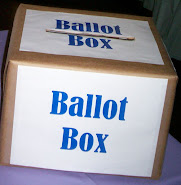 To that end, the campaign has established what it says is a 50,000-plus army of volunteer observers across an array of battleground states like North Carolina and Pennsylvania, where operations are already underway.

Poll watchers monitor everything from voting machines to the processing of ballots to checking voter identification. They are not permitted to interact directly with voters but, depending on local regulations, they can relay problems to local election officials or campaign higher-ups.

The Trump deployment is the culmination of months of detailed planning, aggressive volunteer recruitment, and reconnaissance trips to key states. President Donald Trump has been personally briefed on the program, which is overseen by nearly two dozen full time staffers.

It underscores how — to the alarm of voting rights advocates and Democrats — Trump and his reelection effort have turned the idea of voter fraud and irregularities into a centerpiece of the campaign. The prospect of a prolonged vote-counting fight that will extend far beyond Nov. 3 appears very real.

While poll watchers have long been used by both parties, the crush of monitors has led to concerns about endless challenges to voter eligibility that would inject further chaos into the contest — and potentially set off a counteroffensive by Democrats.

Veteran Republican election attorney Ben Ginsberg warned in a Washington Post op-ed Monday, “Should Trump seek to delegitimatize the presidential election … His most obvious tactic would be having the RNC instruct its poll watchers to abandon their traditional role and, instead, lodge mass challenges both as voters cast their ballots and then as mail ballots are tabulated.”

Indeed, since the mail-in vote is expected to heavily favor Biden (while the in-person vote is likely to go for Trump), challenging the mail-in vote is indeed an "obvious tactic."  As I have warned for some time, the most fertile ground for challenges is for a poll watcher to claim that the voter's signature on their ballot envelope does not match what is on file.

The purpose of challenging voters and their ballots is to:  1) create the impression of widespread fraud; 2) undermine the credibility of any election results that don't favor Trump; and 3) kick the issue of disputed mail-in ballots into the courts where Republican judges will decide to accept whether to accept them.  The ultimate goal of the Trump campaign is to have the Supreme Court decide the election, or the House, voting by delegations, in a contingency election.  The latter is why the Democrats are desperately trying to flip control of several state chambers.  Presently Republicans have majorities in 26 state congressional delegations, Democrats 22, and 2 are tied.