Yesterday, on the Lincoln Project podcast, Mike Madrid, a Republican political consultant, was interviewed about voting options in the upcoming election.  He talked about the mechanics of voting by mail and said it has worked well in several states that regularly rely on it. 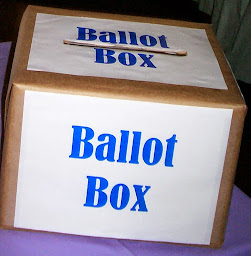 on casting their votes in person on Election Day, while most Democrats (Biden voters) are choosing to vote by mail.  Because of this dichotomy, Madred said it is very likely that Trump will be in the lead in key battleground states until the mail-in votes can be counted, which may take several days.

Madrid then proceeded to talk about "signature match" requirement on mail-in ballots and how that can be a source for challenges.  As any handwriting expert will tell you, people's signatures evolve over time.  Thus, any comparison of a current signature must be to a fairly recent signature.  But many county election boards do not regularly update voter signatures.   The signature on file for a 55 year old voter may well be from when she originally registered to vote at 18.  The two signatures may not look anything alike.

Madrid then noted that the counting of the mail in votes is a public process during which a poll watcher can challenge the ballots for any statutory reason, including that the voter signature on the ballot envelope do not match what is on file.

That same day, Trump issued a call for poll watchers to combat Democratic "thieving and stealing and robbing" during in-person voting.   Naturally, the media took Trump's statement as possible voter intimidation and a way of suppressing the vote.  But even if Trump poll watchers show up at the polls en masse, it is unlikely to be enough to overcome what appears to be a substantial Biden electoral advantage.

No, the real danger of the Trump poll watchers is during the counting of mail-in ballots.  Since it is estimated that 2 out of every 3 mail-in votes will be cast by Democrats (much higher in certain municipalities), Trump poll watchers are going to be instructed to object to every ballot they possibly can, with the most common reason being that the voter signature does not match what is on file.   A local, probably partisan, judge will ultimately have to decide whether to count the disputed ballots.  Even if it is a Democratic judge, that might not be an easy call because frankly the signatures may well not match.   That judge might issue an order that voters be given time to show up at the election board, with photo ID, to confirm their vote on a disputed mail-in ballot.  Nonetheless, any trial judge's decision counting the mostly Democratic votes will undoubtedly be appealed by the Trump campaign, perhaps delaying the final result even more.

During the 2020 primaries, over 550,000 mail-in ballots were rejected for being defective.  That was before the parties started competing against each other.   This fall, I would guess that after lengthy legal challenges, five to ten million mail-in votes will be rejected, most of them due to a signature mismatch. That is more than enough to tip the election in Donald Trump's favor.