Absolutely stunning.  Who would have thought post-Labor Day the Trump campaign would be broke (after raising over $1 billion) and the Biden campaign flush with cash?  Bloomberg News reports:

President Donald Trump’s campaign is scaling back its television advertising spending and in some cases abandoning it altogether for now in key states, facing a cash crunch brought 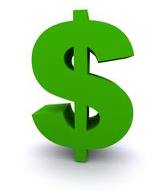 on by huge investments in staff and operations.

Trump’s re-election campaign vowed last month to saturate voters early with ads in battleground states where voters cast large numbers of ballots before Election Day. But with 50 days until the election, the campaign is canceling ads in states he’ll need to win. In those crucial states, Trump lags Democratic nominee Joe Biden in polling, and Biden has more money to spend.

Between Aug. 10 and Sept. 7, Biden spent $97.7 million on broadcast and cable ads, while Trump spent $21.6 million, according to ad-tracking firm Advertising Analytics.

Georgia was one state where the Trump campaign outspent Biden -- $2.7 million to $1.3 million.

[A]s the fall season approached, the Trump campaign started delaying or canceling ad time it had already bought. In Arizona, Iowa, Nevada, New Hampshire and Pennsylvania, all key battleground states, the Trump campaign hasn’t aired any local ads since Labor Day. It’s also cut back in Minnesota and Michigan, and instead put money into Florida, North Carolina and even Georgia, a reliably Republican state that wasn’t on its advertising map a month ago.

In my years of following politics, I've never seen anything like this.  How do you raise over $1 billion for a campaign and not save enough money for post-Labor Day TV advertising?