Tonight's Debate and the State of the Presidential Race

Tonight is the first debate between President Donald Trump and former Vice President Joe Biden.  Hosted by Chris Wallace of Fox News (pictured), the debate is billed as critical to both candidates' chances.  I don't buy it.  This year we've gone through an impeachment, the worst pandemic in 100 years, a depression-like downturn in the economy, and the worst racial strife since the 1960s.   Through  it all, Trump's numbers have not dipped  - his popularity remains the same as it was at the start of the year.  The bad news for Trump though is that in January 2020 he was very unpopular.

The big difference between now and then is that opinions about Trump and whether he should be re-elected have solidified.  Undecided voters have virtually disappeared from the electorate. 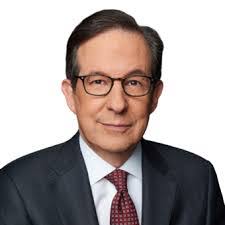 Debate performances are always measured by the expectations going in.  That is why Trump's political advisers were pleading with him to stop selling himself as a great debater (he claims he won every debate in 2016 - poll numbers say he won none of them) and to stop denigrating Biden's debating abilities.  For a couple days, Trump followed the script he was given, but soon got bored and returned to running down Biden's mental abilities.  Trump has so successfully lowered the expectation bar for Biden that it won't take Biden much more than showing up and stringing together a couple sentences to clear the expectations bar.

Trump's ace in the hole though is unpredictability.  While Biden will no doubt be more prepared and knowledgeable about the issues than Trump, I am not convinced the former Vice President will be prepared for all the curve balls Trump is likely to throw.   Biden has been caught off guard on the debate stage before, such as when Kamala Harris used Biden's previous opposition to busing against him.  Trump's attacks on Biden though are likely to be more pedestrian than Harris', but could still be effective if Biden loses his temper and goes off script.

Still, nothing that happens in the debate is likely to change the fact that a majority of Americans want to say "You're fired!" to President Trump.

Speaking of the state of the presidential race, Cook Political Report in June announced that it was moving Iowa and Ohio from "likely" to "lean" Republican.  Today, Cook Political Report moved those states leftward again, putting them in the tossup category.  The article (which is not behind a paywall) discusses at length the polling in the states, including the conclusion that Trump has lost significant support among white, non-college voters in those states.

Over at the FiveThirtyEight website, the updated election model has Biden at a 78% chance of winning the election.  Trump is at 21%.  In other words, Trump's current odds of winning are about the same as a bad hitting major league baseball shortstop, or the Cincinnati Reds, getting a base hit.  It does happen, just not very often.