In 2016, candidate Donald Trump did the best with older voters and the worst with younger voters.  As we approach the 2020 election, that dynamic has not really changed. But here's the rub - in the course of four years, a lot of people, mostly older, die, and they're positions in the electorate are replaced by older voters.

As Trump won the 2016 election by only 78,000 votes in three states, he needs to add voters to replace those who have died.  Plus, you have other shifting demographics, like an increased share of non-white voters.  In short, the 2020 electorate will be substantially different from the 2016 electorate.  Yet, most analyses do not even acknowledge those demographic shifts. 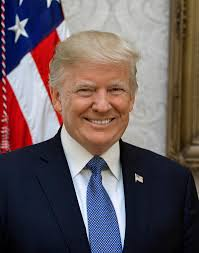 David Wasserman of Cook Political Report though does acknowledge those changes in the electorate, penning a thoughtful article on the subject:

Four years ago, Donald Trump won the White House while losing the popular vote by 2.9 million to Hillary Clinton, thanks to a near-perfect geographic vote distribution that allowed him to win big Electoral College prizes by razor-thin margins. The key? Trump's unprecedented 37-point margin among white voters without four-year college degrees, who are especially influential in the Upper Midwest.

But as America becomes more diverse and college-educated, Trump's core demographic is steadily declining. In 2020, non-college whites are on track to make up about 43 percent of the nation's adult citizens, down from 46 percent in 2016.

Meanwhile, whites with four-year degrees — who are trending blue and increasingly behave like a different ethnic group from non-college whites — will make up 25 percent of adult citizens, up from 24 percent in 2016. And Blacks, Latinos, Asians, and other non-whites — historically Democrats' most reliable supporters — will make up 32 percent, up from 30 percent four years ago.

A new interactive collaboration by NBC News and the Cook Political Report finds that if 2016's turnout and support rates were applied to 2020's new demographic realities, Trump would narrowly lose Florida, Michigan, Pennsylvania and Wisconsin — more than enough to swing the presidency to Joe Biden. And, Trump would lose the popular vote by about four points, roughly double his 2016 deficit.

...Trump might need to boost non-college white turnout by about five points — from 55 percent to 60 percent nationally — just to offset the impact of their dwindling share of the electorate and get back to the same 306 Electoral votes he won in 2016.

At the moment, Trump's bigger problem is that Biden is winning more non-college whites than Clinton did four years ago. The latest NBC News/Wall Street Journal poll shows Biden losing them by 23 points, whereas exit polls showed Clinton losing them by 37 points. That would be more than enough to offset modest gains Trump has made since 2016 among Hispanics and other non-whites.

... age isn't as straightforward: to put it gently, plenty of the oldest 2016 voters have since exited the electorate. At the same time, many 18-22-year-olds, who overwhelmingly dislike the president, have entered. And today, polls consistently show Biden doing several points better with seniors than Clinton, while Trump's support is concentrated among voters between the ages of 50 and 64.

Yep.  Trump needed to add voters to his 2016 coalition.  He just has not done that.