Trump's "Law and Order" Message Does Not Seem to Be Working

For a few weeks now, President Donald Trump has been promoting "law and order" as his new campaign theme.  The working theory goes something like this:

Okay, I would challenge the validity of #2, but for the sake of argument let's assume it is true.  There is an obvious flaw with the Trump argument.   Trump, not Biden, is the President and the increased urban unrest and crime has occurred under his watch.
When Republican Nixon campaigned on law and order in 1968, he was not the incumbent President.  Lyndon Johnson, a Democrat, was President.  Even then it is questionable as to how much the "law and 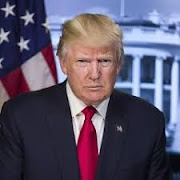 order" message actually resonated with voters.  Nixon narrowly won the popular vote in 1968, although the electoral vote margin was much greater.
Today, former Vice President Joe Biden is set to speak about urban unrest in Portland, Kenosha and other communities.    Previews indicate Biden will lay much of the blame for the increased crime and rioting at the feet of President Trump.  Biden will apparently claim that Trump's actions and words have fomented a climate in the cities that has contributed to urban unrest.
Then you have the events of last week when two groups of Trump supporters decided to confront BLM demonstrators in Portland and Kenosha.  As a result, three people were killed.  Certainly Trump might have some control control over his supporters and could tell them to stay home and not get involved.  Not holding my breath on that happening.
Another problem with Trump advancing the law and order message is that Trump has a long history of not following the law.  You only have to look at the Hatch Act violations during the Republican Convention last week to see it reaffirmed time and time again that Trump considers himself, his campaign, and his administration, above the law that others have to follow.
Nonetheless, there is little evidence in the polling that Trump's law and order message is working, while Biden's lead has shrank a few points before Trump began that new strategy, it has stabilized since then.  A HarrisX national poll, released today, shows Biden's lead at 9 points, unchanged from before the Republican Convention and up a point since a HarrisX poll concluded on August 18th.  The last three Pennsylvania polls have Biden up 7, 8 and 9 points.  Other state battleground polls show Biden with a comfortable, albeit not insurmountable, lead.
While Biden has a shot at several states Trump won in 2016, keep an eye on Minnesota, a state Hillary Clinton narrowly won in 2020.  Some polling there shows the state to be a dead heat and the Trump campaign is starting to put resources into the state in hoping to pull of an upset.  In response, the Biden campaign for the first time is having to play defense.  The Biden campaign is planning to send the candidate to Minnesota (and Wisconsin) after Labor Day.  I have long said Minnesota is Trump's best chance to win a state he won in 2016.
Posted by Paul K. Ogden at 1:31 PM