The Real Problem With Vote by Mail: The Counting of the Ballots

With a pandemic still raging, many states have expanded mail-in voting so people do not have to risk their lives going to the poll.  While it is an option I support for this election, let's not fool ourselves.  Mail-in voting is not without problems.  You have the loss of the guarantee that you will be able to cast your vote in secret.  And there is an increased probability of fraud with mail-in ballot, though claims that 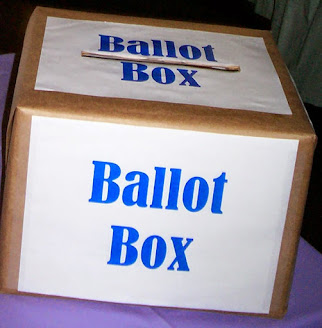 voting in that manner lead to widespread fraud are not credible.

Berke notes that nearly 150,000 mail-in ballots were rejected in just three states' primary elections this year:  18,500 (1.3% of total) in Florida, 102,000 (1.5%) in California and 23,000 (1.8%) in Wisconsin.  Rejected ballots could be for a number of reasons: arriving late, not being postmarked, missing signature, or signature which doesn't match what voter registration has on file.  It should be emphasized that these rejection rates are during primaries, when the parties are just fighting internally over who their nominee will be.  Mail-in ballots are three times more likely to be rejected than ballots cast in person.  It is going to get much worse with expanded mail-in voting for a highly-contentious general election.

People want to make sure their franchise is protected by having a mail-in option. But what they don't realize is that they can lose their franchise on the back-end, when votes are counted.  I am most concerned about the issue of supposed mismatched signatures.

For years, I have witnessed the Marion County Board of Voter Registration throw out hundreds of supposedly mismatched signatures on petitions to routinely disqualify independent and maverick party candidates from appearing on the ballot.  Thus, I am not confident the signature match requirement won't also be used to throw out scores of mail-in ballots.  This is particularly true as people's signatures evolve over time and Indiana Boards of Voter Registration does not regularly update the voter signatures on file.  Plus, you're going to have lay people, not professionals, comparing signatures in order to determine whether voters are who they claim to be.

Where Berke's article goes off the rails is in his proposed solution.  Although he is, rightfully, concerned about election security, the only solution he gives us is that we need more voter education.  No amount of education is going to matter if election workers are intent on disqualifying votes and can do so simply based on mismatched signatures.  We need other options to validate mail-in ballots besides signatures.