I have long advocated reform at the United States Postal Service.  (I have to fight the temptation to call it the Post Office, a name discarded some time ago.)  In 2019, the Postal Service lost $4 billion  Thus far, it was on track to lose $7 billion.  This is despite ever increasing postal rates. 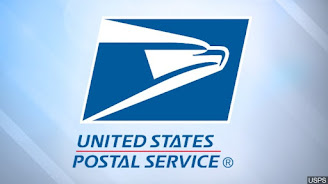 Average postal service salaries run between $39,689 to $89,115.  The overall average is $61,000.  So employee pay is more than reasonable, but not outlandish.  But what really gets the Postal Service in trouble is that employees, who want it, can regularly work overtime at rates 1 1/2 times, sometimes even double, their regular salaries.  When a company is experiencing an ordinary work load, but is paying employees overtime, that's a sign it is not a well-run company.

A no brainier way of fixing this problem is to stop delivering mail six days a week.  In the age of electronic mail and bills paid via electronic transfers of money, there is no need for six day a week mail delivery.  It should be cut back to five, possibly even four.

I don't disagree with the Trump's administration stated intention to reform the Postal Service.  I likewise don't disagree that bringing in an outsider, a successful businessman, to implement reform efforts is a bad idea.  Sometimes, outsiders see problems differently and are more innovative than those embedded in the corporate bureaucracy, which the Postal Service most certainly has.

Having said all that, I have my doubts that the reforms thus far are about making the Postal Service more efficient.  Most likely they are about delaying mail-in ballots from reaching their destination, which might mean they won't be counted.  Eliminating sorting machines, which means more hand sortation by postal workers, hardly seems like a "reform" that's going to make the Postal Service more efficient.  Likewise, it is not clear how removing postal mailboxes significantly reduces labor.  It does, however, make it harder for the public to mail their ballots.

Then you have the President Donald Trump saying the quiet part out loud when he said he opposed an additional appropriation to the Postal Service because the money would be used to process the millions of mail-in ballots.  He then went on to say that, without the extra money, the states would not be to have universal mail-in voting.

Now Trump and his defenders are trying to walk back that admission, instead making it sound like the changes are about improving the efficiency of the Postal Service.  No, the changes are about Trump trying to suppress the mail-in vote.  One poll I saw said people who plan to vote in-person favor Trump by about a 2-1 margin, while people who plan on mailing their ballots favor Biden by about a 4-1 margin.  It doesn't take a brain surgeon to figure out why the Trump administration is so desperately trying to slow and even stop the mail.

Apparently MAGA means making America like Russia... Rigged elections, handing government programs to connected oligarchs, corruption everywhere you look, jailing their enemies, state sponsored news with no free press, and persecuting gay people. A lot of people need to look in the mirror and ask themselves are they really freedom loving patriots?

I find it baffling that people calling themselves "patriots" are so slavishly devoted to a President that could not be more anti-American and hostile to democratic values than Donald J. Trump. It's bizarre.