But taxpayers subsidies don't stop there  As the great late blogger Gary Welsh pointed out, we taxpayers also get stuck subsidizing hotel rooms to lure these conventions to Indianapolis.


Mayor Joe Hogsett is asking the City-County Council to approve a 25-year bond for the long-anticipated $150 million expansion of the Indiana Convention Center. 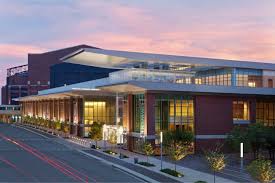 Meanwhile, Kite Realty Group — which owns Pan Am Plaza — will pay for and build two hotels in between Capitol Avenue and Illinois Street, adding 1,400 hotel rooms to the downtown tourism scene.

The timing might seem odd given the economic downturn resulting from the COVID-19 pandemic, but Chief Deputy Mayor Thomas Cook argues the project essentially will be a stimulus package for Downtown Indianapolis hitting right when the outlook is less grim.

"We're in this scenario metaphorically right now where the big Downtown boat has taken on water and we’re aware of that and we’re bailing it out as fast as we can and were plugging the leaks," Cook said. "But this is building a really big sail, because when that wind comes back, we want to be able to capture that energy better than any other convention city in the country."

"We're in the midst of the worst situation to ever hit hospitality — worse than the Great Depression," said Mike Wells, president of the REI Investments company that co-owns the downtown Marriott. "And you know, for us to have to spend time to talk about this while we're fighting for our lives, it just seems surreal."

Let's deal with the claim (simply repeated by the Star as true) that new revenue from the two hotels will, mostly, pay for the 25-year bond.  They are talking about using tax-increment financing, TIF money.  The hotels and the convention center are in the downtown TIF.  The idea behind TIFs is that development causes an increase in property tax revenue which increase can then be used to subsidize more development.  It's magic money!  But TIFs have a serious downside.  TIFs freeze property tax revenues for basic services at their pre-TIF level, even though cost of public services like schools, fire and police protection do not stay flat.  Also, if TIF property tax revenue is not sufficient to cover the cost of the borrowing against anticipated property tax increases, the bonds still get paid out of the property tax dollars base, which then drains yet more dollars from being used for  the aforementioned public services.   Several years ago, blogger Pat Andrews did a study of Marion County TIF districts and found most were running in the red.

Further, the city's leaders want to borrow money for 25 years to expand the convention center when they are expanding the convention center about every 5 years?  That reminds me of when the city took out something like a 30 year bond to pave roads which have to be paved every five years or so.  Ridiculous.  It is so much easier to borrow money in order to spend money today and leave the debt for our children.  But that is not a fiscally responsible thing to do.

Then there is the timing.  Not only are we in the midst of a pandemic, the convention business has been going downhill for some time.  Businesses, professional associations and organizations are getting away from the idea of large national conventions.  The expansion appears to be the City using taxpayer money in a desperate effort to claim a larger piece of a rapidly shrinking pie.

*Credit goes to Mark Small for coming up with this moniker to describe how both political parties in Indianapolis enthusiastically support corporate welfare.
Posted by Paul K. Ogden at 12:33 PM