Last week, major league baseball finally started its Covid-19 shortened baseball season.  Unlike the NBA and NHL, MLB did not choose to play the games in a "bubble" or "bubbles" to limit travel and exposure in hotels, restaurants, etc.  But extensive precautions were taken nonetheless, including daily testing w/immediate results.  It thus far has not worked as several MLB players, coaches, and other personnel have contracted the virus.  This includes the Miami Marlins which had at least 15 players and other personnel returned positive tests, resulting in the, at least, week suspension of the Marlin's season.

My Cincinnati Reds have not been spared.  One game into the season, backup infielder/DH Matt Davidson was placed on the injured list for testing positive.  Two games into the season, the Reds lost centerfielder Matt Senzel and second baseman Mike Moustakas.  The Reds though were being real cagy about saying why Moustakas was placed on the IL and Senzel disappeared from the lineup.  Moustakas and Senzel are integral to the Reds' success this season.  Unfortunately, members of the 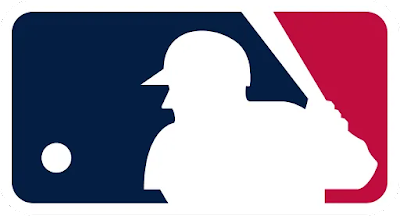 Reds bullpen, which has proven to be horrific this season, have been spared the virus.  Sorry, bad joke.

When Senzel and  Moustakas went down, I looked for an explanation as to what happened to them.  It was several days later that the news leaked that both players had self-reported Covid-19 symptoms.  (It is unclear whether they actually tested positive for Covid-19.)  They are both appealing the league mandate that they sit out games.

Why did that information about players sitting for Covid-19 concerns have to "leak out" instead of being reported publicly when it happened?  Because MLB, which provides health care services for its players, is considered a provider under HIPAA, which protects patient's privacy.  While players have waived HIPAA confidentiality restrictions as to baseball-related injuries, they have not waived those confidentiality provisions when it comes to an illness, which may, or may not, be related to playing baseball.  While Health and Human Services has indicated it is waiving HIPAA fines as to certain situations when Covid-19 information is released, those situations are very limited and do not include the dilemma MLB faces in reporting.

Obviously, not being able to reveal which players test positive for Covid-19, makes it hard to do contract tracing for others who were exposed to the virus.   Players should have been required to waive the confidentiality rule as to Covid-19 test results as condition to participate in the baseball season.  Nonetheless it remains that, for the general population, HIPAA remains a major obstacle to controlling the virus.  While reporting general numbers about the spread of Covid-19 is helpful, it is much more helpful to know the exact individuals who test positive so people who come into contact with them can be notified.  Many people infected with Covid-19 are not going to waive the confidentiality provisions of HIPAA.