Would Trump Drop Out to Avoid Electoral Landslide?; Is Indiana in Play?; Dropped from Trump Email List

Politico yesterday published an article titled "Trump admits it: He's Losing."  Here is a snippet from the lengthy article:

The president has privately come to that grim realization in recent days, multiple people 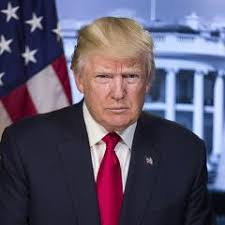 close to him told POLITICO, amid a mountain of bad polling and warnings from some of his staunchest allies that he's on course to be a one-term president.

Trump has endured what aides describe as the worst stretch of his presidency, marred by widespread criticism over his response to the coronavirus pandemic and nationwide racial unrest. His rally in Oklahoma last weekend, his first since March, turned out to be an embarrassment when he failed to fill the arena.

What should have been an easy interview with Fox News host Sean Hannity on Thursday horrified advisers when Trump offered a rambling, non-responsive answer to a simple question about his goals for a second term. In the same appearance, the normally self-assured president offered a tacit acknowledgment that he might lose when he said that Joe Biden is “gonna be your president because some people don't love me, maybe."

“Under the current trajectory, President Trump is on the precipice of one of the worst electoral defeats in modern presidential elections and the worst historically for an incumbent president,” said former Trump political adviser Sam Nunberg, who remains a supporter....Nunberg pointed to national polls released by CNBC and New York Times/Siena over the past week showing Trump receiving below 40 percent against Biden.

If Trump's numbers erode to 35 percentage points over the next two weeks, Nunberg added, “He’s going to be facing realistically a 400-plus electoral vote loss and the president would need to strongly reconsider whether he wants to continue to run as the Republican presidential nominee.”

Nunberg suggests something I have said on these pages before.  There is a possibility that come August or September, Trump sees a crushing defeat as likely and drops out of the race rather than face a humiliating loss that damages the Trump brand.  (Turns out former Trump press secretary Anthony Scaramucci said the same thing last year.)   Prior to making that move, Trump would start selling his supporters on the claim the Democrats were going to rig the election against him.   With the groundwork laid, Trump fans might well support his leaving the race.  Trump could then move on to establish Trump TV, make money, and remain a significant player in Republican politics.  A landslide Biden victory would make any of that difficult.

I believe, and still believe, the biggest obstacle to that possibility is that Trump views politics through rose-colored glasses.  He refuses to believe independent pollsters and he has surrounded himself with yes men and women who do not dare tell him the truth, such as how badly he might be beaten.  That makes the Politico article and Trump's comments to Sean Hannity so surprising. C ould it be I was wrong - that Trump would get the message about his uphill climb to re-election and respond in a rational manner?

The argument I've heard against Trump dropping out is that his ego would notallow it.  To that I respond, would his "ego" be better served by staying in the race to possibly suffer a humiliating electoral loss?   While I think Trump dropping out is very unlikely, I do think it is a lot more of a possibility than people realize.

****
Does the Trump campaign have polling that Indiana may be in play in the Presidential election?  I say that because yesterday I saw a commercial on CNN, paid for by the Trump campaign, attacking Biden for his supposed weakness towards China.  (I won't get into the hypocrisy of Trump campaign running such an ad.)  With the Electoral College, it would make no sense for a presidential campaign to run a national ad.  So that ad had to have been intentionally dropped into the Indianapolis market.

While it makes some sense to run ads in the Ft. Wayne and South Bend/Elkhart media markets, which ads reach voters in a couple counties in the swing states of Ohio and Michigan, running ads in the Indianapolis media market just hits Hoosiers in Central Indiana.  While that is undoubtedly Trump's weakest part of the state, surely there is no doubt that Trump will carry Indiana in November.  If there is, Trump has a lot bigger problems than Indiana.

****
I am pleased to report that following my blog article mocking Trump's clownish campaign emails I used to get six times a day, the emails have stopped.  Kudos to someone in the Trump campaign reading my article and connecting the dots to my name on the email list.   The campaign saved me the effort of unsubscribing.
Posted by Paul K. Ogden at 2:24 PM

Like you I seriously doubt that Trump is going to hit the eject button and quit the race. But it’s not a crazy thought he might. He seems tired and run down. The craziest ad buy done by Team Trump was the ads they ran in the D.C. media market earlier this month. Why the campaign is running ads in Indiana, and DC is beyond us. Any idea what Trump’s cash burn rate is? We still think that Biden will catch up in the money race.

This maybe somewhat like 1968. LBJ early in the year seemed as shoe-in to run again. The Vietnam anti-war movement stimulated political opposition to LBJ via Eugene McCarthy. RFK threw his hat in the ring for president on March 16, 1968. The Democratic Party was split. LBJ announced on March 31st,1968 he would not run for President again.

The Trumpet faces no opposition from within his party, like LBJ did. Some in the GOP may prefer someone other than The Trumpet. None are strong enough or brave enough to actively oppose him. As it exists now The Trumpet owns the GOP Base.

I guess now the hope for the GOP is if The Trumpet suffers a catastrophically massive defeat, the collateral damage can be limited.

I do not see The Trumpet dropping out his Ego will not permit it. If he loses to Biden The Trumpet will do what he always does - Blame someone Else.