There is something in polling known as the "generic ballot" question..  The question strips away the names of candidates and goes something like this:


"If the election were held today, would you vote for a Democrat or Republican candidate for Congress."

The answer to this question has a strong correlation to which party win control of the U.S. House.

Of course, in individual congressional districts, the question is not a good test for which party will win.   But aggregated across the country, the question is good for taking the partisan temperature of the electorate. Elections in which the Republicans do well, the GOP runs ahead of the generic ballot.  Elections in which Republicans lose seats, the Democrats enjoy a signficant margin in the generic ballot. 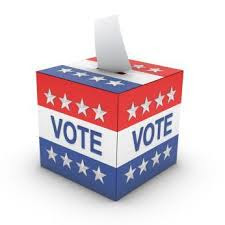 In 2018, the Real Clear Politics final generic ballot polling average gave Dems a 7.1% edge.  The result was an 8.4% edge for Democrats on election day, netting the Dems a more than 40 seat gain in the U.S. House.  In 2016, the RCP generic ballot polling average was a scant 0.6% for Democrats. On Election Day, Republicans though edged out Democrats by 1.1%.  Still in the 2016 election, the Democrats picked up 6 House seats.

It should be emphasized that Democrats dominating the generic ballot in 2020 in a similar fashion as 2018 is not going to lead to another 40 seat gain for the Democrats in the House.  House districts are highly gerrymandered.  Democrats already picked off most of the most vulnerable Republicans in 2018.  Those were the low hanging fruit for Democrats.  Reaching higher up the congressional tree in 2020, the Democrats knocking off GOP incumbents gets a lot more difficult.

With only 1/3 of U.S. Senators up every two years, the generic ballot is not good at determining election swings in that chamber.  In 2018, the Republicans enjoyed one of the best maps ever as scores of Democrats were seeking re-election in red states, while Republicans had few vulnerable Senators to defend in blue states.  As a result, the Republicans picked up two seats in an otherwise awful GOP year.

In 2020, the Senate map is much more competitive for Democrats.  Democrats had four top targets for knocking off incumbents (Arizona, Maine, North Carolina and Colorado) and Republicans have one almost certain pickup (Alabama).   There was a second tier of GOP Senate incumbents and Republican open seats that seemed just out of reach for Democrats.  No more.  As a result of the unpopularity of the GOP brand as reflected in the generic ballot, Democrats now have strong chances of winning seats in Georgia, Iowa, Montana, and Kansas.  Even Majority Leader Mitch McConnell (Kentucky) and Lindsey Graham (South Carolina) are polling as vulnerable.

My take?  As of writing this Democrats have about a 90% chance of keeping the House and about a 60% chance of winning a majority in the U.S. Senate (where the Democrats need three seats if Biden wins the presidency, four if Trump is re-elected).  The latter is a huge increase.  At the start of 2020, I might have given the Dems a 30% chance of winning enough seats for control of the Senate.

As of writing this piece, I noticed a new poll came in from Florida Atlantic University showing Biden with a 6 point lead in the Sunshine State. In the Trump era, Florida had fallen from the ranks of being the swingiest swing state to being only a second tier battleground.   Trump has always had a surprising level of popularity in Florida.  But, post Covid-19, Trump's popularity in Florida has sunk significantly.  In March, a Florida Atlantic University poll found 49% approval of Trump's job performance and 41% disapproval.  In the just released FAU poll, the numbers are 43% approve, 46% disapprove, an 11 point net slide in popularity in 2 months.  That March FAU poll had Trump ahead 51-49,   The newly released FAU poll has Biden up 6 in Florida.
Posted by Paul K. Ogden at 1:07 PM

That Florida Atlantic Coast poll was likely performed when stay at home measures feeding overall voter discontent were at their peak. I am hunkering down in Florida and Trump fans are EVERYWHERE. The crazier Trump gets, the louder the cries of "Fake News!"
The Florida population bears the pain of stay at home measures more easily than most of the country. Sunny, 85 degree days enjoyed from a lanai or on a walk are easier to tolerate than cold, grey days. Law Enforcement turned a blind idea to walks on the beaches and businesses open to customers that were not part of any opening Phase-as long as there is not a deliberate, in your face flaunting of the rules. These conditions make it much easier for Trump fans to stand by their man.
Anti Biden commercials paid for by Trump are running on every channel. The choice for president-crazy is better than brain dead.
I wouldn't count out Florida goes for Trump

Florida Atlanta Coast is not the only poll that has Biden ahead in Florida. So too does Fox News, Quinnipiac, and St. Pete polls. Point Blank had one yesterday that has Biden ahead. But I am like you. I am in Florida probably more than any other state not named Indiana, and I've seen the crazy Trump fans down there. Trump's always had unusual popularity in the state. I am deeply skeptical Biden will win Florida, regardless of the polls. But Biden certainly doesn't need Florida to win the election. Florida isn't even considered one of the top battleground states anymore because the assumption has always been Trump will carry it because he won it in 2016, and statewide Republicans won down there in 2018. Again, I will believe Biden win Florida when he actually does. I think Biden probably has a better chance of winning Ohio than Florida. Ohio isn't a top battleground state anymore either.