If anyone thinks the University of Oklahoma is the only higher education institution doing this, I have a bridge to sell you:

(CNN)The company that makes the annual Best Colleges rankings said that the University of Oklahoma gave "inflated" data on its alumni giving rates for two decades.

U.S. News and World Report, which produces the coveted Best Colleges said Oklahoma would be listed as unranked in its 2019 edition because of the false data, which stretched back to 1999. 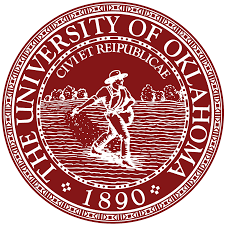 For the 2019 Best Colleges rankings, the university originally said its two-year alumni giving rate was 14% but later informed U.S. News that the correct number is 9.7%, the magazine said.

The rankings are based largely on data provided by the universities, such as graduation rates, class sizes and standardized test scores of students. Alumni giving rates make up 5% of the rankings formula because "giving measures student satisfaction and post-graduate engagement," U.S. News writes in its methodology.

The trouble has always been that there is no good audit mechanism for ascertaining the honesty of the data submitted by these colleges and universities. Combine that lack of oversight with a tremendous competitive pressure for the schools to submit data that makes them look good and you have a recipe for fudging the numbers.

I went through a similar thing when I tried to get information to support the employment claims of my alma mater, Indiana University School of Law at Indianapolis (now, unfortunately, called the "McKinney School of Law").  I wrote about it on this blog 10 years ago:

Part of the rankings of law schools is based on employment numbers of graduates, both the average salary and the level of employment. Law schools have for years gone back and forth competing to see who can phony the employment numbers the most. If you want a good laugh, go to a practicing attorney and tell the attorney what the law school is claiming regarding first year salaries and unemployment figures.
My alma mater? Indiana University School of Law - Indianapolis claims in their 2007 report that over 96% of graduates have a full-time job within 9 months and the average salary for a first year attorney in Indianapolis makes an average of $75,000 a year. Wow. That sounds pretty good.

You have lies, damn lies, and then you have the employment statistics provided by law schools. Unfortunately too many people read those numbers and believe them rather than talk to actual practicing attorneys about what the job market is really like. Those law students borrow tons of money, sometimes in six digits, only to graduate finding jobs that pay $35,000 a year, that is assuming the new lawyer is lucky enough to even find a job. Law school debt is non-dischargeable in bankruptcy so the graduate is going to have that noose of debt around his or her neck for quite some time.

Several years ago, I asked for open records requests from IU-Indy regarding the data used to back up the employment numbers claimed by the school. IU refused to provide the documents - surveys of attorneys - claiming they are confidential. The objection was over broad...all the school had to do was redact the confidential information on the document.

Unfortunately, there is no audit of the data used by law schools to arrive at their employment numbers. The American Bar Association and U.S. News & World Report simply accept the phony numbers as valid. Any law school not playing the game of submitting inflated employment numbers is destined to see their school fall in the rankings.


The law school employment statistics are based on surveys sent to graduates 9 months after leaving law school school.  I remember during my attempt to get redacted versions of those surveys several years ago that a university official said that when graduates don't return their survey, Indiana University estimates the former students' salary for the report.   Not had that confirmed by others.  How the university uses the surveys to develop the stats submitted to the ABA  is a closely guarded secret.

Since I wrote the above piece in 2009, the ABA has changed the way law school employment data has been reported.  One change is that more employment categories have been created in an attempt to clarify the actual value of a J.D. in securing employment. Formerly, law schools were claiming credit for graduates who were working non-legal jobs for which the J.D. was of no help.   This included law school graduates working retail and at fast food establishments.

In preparing this story, I also looked at the 2018 Indiana University at Indianapolis Law School employment report.  In it I do not see the average salaries of recent law school graduates listed anymore.  Not sure if that is reported elsewhere.  If the posting of these fake average salaries has ceased, then that would certainly be a positive development.  Law schools have been years lying to prospective students about the employment prospects and salaries they can expect upon graduation.
Posted by Paul K. Ogden at 1:48 PM

Thanks for continuing your blog Paul. Gary Welsh is smiling down on us. We shall overcome!

Donald Trump has lashed out at the "unmindful and offending explanation" discharged by Iran after the US president declared crisp assents against the Middle Eastern country.
Watch live Stream MSNBC News.