IPatriot is a news website that fashions itself as a conservative alternative to the liberal mainstream media. At least once a  day, I receive an email linking to the latest "IPatriot" column of which I've read several.  The website, which has a number of writers, is not actually conservative at all and I haven't found many writers for the publication who can seriously be called "patriots."  What the website is is 100% pro-Donald Trump on every issue.  Worse yet, the website regularly gives voice to the most 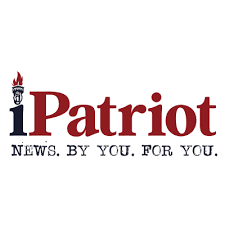 For the record, several times I've tried to unsubscribe from IPatriot without success.

Last week, IPatriot's Justin O. Smith took IPatriot's unpatriotic, anti-American and extremely unchristian views to a new low, writing in the publication about how happy he is that 49 Muslims died during a white supremacist's terrorist attack on New Zealand mosques:


So … 49 Muslims dead. That’s 49 less potential global terrorists who might wage Holy War against the West and America. Forty-nine who were a part of the Islamic ideology responsible for 9/11, for Benghazi, for the Boston Bombing, San Bernadino [sic], Florida and Chattanooga terror attacks and many more throughout the Middle East and Europe … the same ideology that beheaded thousands of Mosul’s Christian population and put their heads on spiked poles outside the city … the same ideology that placed Christians in cages and drowned them or burned them alive.

If God were to strike every God Damned Muslim off the face of the Earth today, in one fell swoop, I would not shed a tear. I have no tears in me for Muslim deaths.

Have you noticed the sudden shortage of crows? All those never trump fools....to include Jay Satan...have created a shortage of the Common Crow. It is even rumored that in their eagerness to return to civilized groups of people that the fools have been eating ravens.

What I find interesting is that after a 2 year investigation, Mueller says he can't tell us for sure the President is not a criminal and the Trumpers think this is a "win."

I do agree with Tucker Carlson that there needs to be a reckoning and accountability. Those who decided to flush the conservative movement down the toilet by attaching it to a lifelong liberal, a failed businessman and two-bit con artist need to be held responsible for what they've done. It isn't people like AOC, Bernie Sanders or Elizabeth Warren who made socialism suddenly popular in this country. The person responsiblity for that is Donald J. Trump and his Kool-Aid drinking cult followers.

https://www.americanthinker.com/articles/2019/03/americas_233yearold_shock_at_jihad.html History won't be your strong suit but we proffer you a bit of it lest you become a lover of Islam. As for the Mueller report, it is a bit like proving a negative.