A Baseball Reform That is Needed: Moving the Mound Back 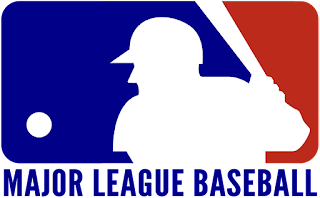 Unfortunately the game is in a crisis.  Baseball games, at least at the top level, have become an endless parade of strikeouts and home runs.  Balls put into play have declined dramatically.  The excitement of watching fielders scrambling after batted balls and players running the bases has become a rarity.  Strikeouts, in particular, are consuming the action in baseball.  In 2009, hitters struck out 33,591 times. During the midst of the 2018 baseball season, it was projected that 42,076 batters would strike out.  (Don't have access to completed year stats.) That is an increase of 8,485 or 25.3% in less than 10 years.

Games now have become a parade of relief pitchers throwing extremely hard to get out just one or two hitters.  Thanks to modern conditioning, these throwers (I hesitate to call them "pitchers" as they rarely have much in the way of breaking pitches) have fastballs that clock in at 95 mph plus.  A decade ago, these relievers' fastballs would have been in the low 90s.  That limited velocity and their moderately effective breaking pitches would have made their stuff little better than that offered by an middle aged baseball coach pitching batting practice.  But now, with those pitchers throwing much harder, these marginal pitchers can have major league careers.


teams ... use a parade of relievers who enter the game from the sixth inning onward and throw the hell out of the ball, knowing they’ll probably max out at one inning at a time. (The Yankee bullpen is a prime example.) You might call these pitchers OMGs: One-inning Max-effort Guys. They can be incredibly, game-changingly effective, but they aren’t necessarily all that skilled.

In fact, the whole problem is that OMGs are a renewable resource, with no real constraints on supply. Teams can take failed starters with two decent pitches and, after some weeding out, turn them into OMGs who will strike out 25 or 30 percent of the batters they face, provided they only have to throw one inning every second or third day. It also yields rosters that are grossly imbalanced relative to the amount of value that these relievers generate.

According to FanGraphs, relief pitchers accounted for only about 9 percent of the value (in wins above replacement) that all position players and pitchers created last year. And yet, they occupy about 25 percent of roster slots.
And to a larger degree than you probably realize, these OMGs bear responsibility for the ever-increasing rate of strikeouts in baseball — something that was easier to shrug off until MLB attendance started to decline.

In his well-researched article, Silver proposed a reform - limiting pitchers on major league rosters to 10 along with one "emergency" pitcher.  MLB though settled on another reform for this season, requiring relief pitchers to pitch to at least three batters, or to the end of an inning.  Also, contrary to Silver's wishes, MLB went the other direction on roster size, starting in 2020 increasing MLB rosters from 25 players to 26.  Thankfully, the post-September roster expansion is now capped at 28, down from 40 players.  That was a change long past due.  Teams competing for playoff slots should not be playing their final games against teams out of the running which have filled their lineups filled with minor leaguers.

Other possible reforms, such as limiting  defensive shifts, adoption of the DH in the National League, reducing the strike zone, etc. are shelved for now.

The commonality of Silver's proposal and MLB's three pitcher reforms is that they they treat the symptoms of the problem while ignoring the underlying cause.  Bottom line is there is a limit on human reaction time.  While pitchers have been conditioned to throw harder and harder (if only for a few batters) the time required for a human being, even one as well trained as a major league baseball player, to decide whether to swing at a pitched ball has remained pretty much a constant. The modern day MLB fastball speeds are eclipsing the human reaction time needed to decide what pitch is being thrown and whether it is one at which the player should swing.

When it comes to baseball, I am as much a traditionalist as anyone.  I abhor the DH which robs the fans of seeing the major strategic move in baseball - whether to pull a well-performing pitcher for a pinch hitter during the game. I am adamant against the proposed limits on where defensive players can play in a baseball game.  But when it comes to baseball, I don't see anything magical about the pitching rubber being 60 feet 6 inches from home plate.  In 1969, the mound was lowered 5 inches to restore the balance between hitters and pitchers.  (The strike zone was also reduced to 1961 standards that year.) What is the difference between lowering the mound and moving the mound back, say 5 inches to a foot or two?   Just a little bit of extra time to evaluate a pitched ball would make an enormous diffence to hitters.

Over at Bleacher Report, Jacob Schafer argues that moving the mound back is a terrible idea.  He starts off with the bizarre claim that having to throw the extra distance will cause pitchers to have more arm problems. Of course, extra throwing distance hasn't caused a plethora of sore arms among outfielders.  It is not clear how Schafer came up with his theory that merely throwing a longer distance causes arm problems.

Schafer is in essence arguing that with the longer distance pitchers will have rely more on off-speed pitches rather than simply throwing hard to strike out batters. So pitchers will have to go back to being  pitchers instead of throwers?  That's a bad thing why? Batters, on the other hand, will learn to hit the better breaking pitches (and will have more time to do so), most likely putting them into play instead of striking out.   Isn't that exactly what we want?

Instead of addressing the symptoms, MLB needs to address the problem.  Move the mound back.
Posted by Paul K. Ogden at 12:44 PM