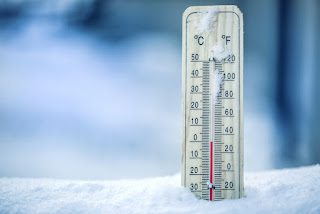 It is as wrong for alarmists to use weather events to advance their theory as it is for skeptics to do exactly the same thing.  It's called hypocrisy.
Posted by Paul K. Ogden at 3:38 PM

"The climate changes over thousands if not tens or even hundreds of thousands of years."

That is a 'begging the question' fallacy. The premise of the climate change crisis (and yes, it is a crisis) is that whereas small changes over millennia are natural and amenable to adaptation, the rapid increase in CO2 in our atmosphere is causing changes on the scale of decades or centuries, to which it is much more difficult to adapt. It's sort of like when a plane crashes, the change in speed isn't any different than when you normally land a plane; it's just that your speed changed too quickly for the airframe (and your body) to cope.

Although you are correct that pointing to one event to make an argument is fallacious, climate change does make extreme weather events more likely. Remember that climate is nothing more than the bigger picture of a massive collection of individual weather observations. For example, the current heatwave in Australia is something that could have happened 100 years ago, but nowadays is more commonplace due to the shift in the bell curve of our global (and local) temperatures. Likewise, extreme cold is less common. If you look at it on the whole, we're to the point now where globally, nearly two record high temperatures are set for every record low. That is an indisputable indication of a changing climate. The global temperature hasn't been below the 1901-1990 average for even a single month in the past 35 years. There you go again. We're talking about change on the scale of decades. This is not natural, and not going to end well if allowed to continue.

Of course the world's climate has been much warmer than it is today, Anon 5:44 am. Man didn't suffer during that warmer climate. Man in fact thrived during that warmer climate. The alarmists simply want you to accept as fact that today's climate is ideal and that a warmer climate would be disastrous. To do so, they ignore all the positives from a warmer climate (such as longer growing seasons) while emphasizing the negatives. Even accepting that dubious assumption, the notion that man is the driving force behind the warmer climate, and not a natural cycle of the climate that's been happening for 4.5 billion years, is shear speculation. Why can't we get back to honest science based on the scientific method? There is nothing more dangerous than this era in which a particular political agenda is the driving force behind the work of scientists.

Under no circumstance will a warmer climate result in a net benefit for humanity. The tens of trillions of dollars of lost coastal property alone dwarfs any benefit of a longer growing season. Not to mention the social cost of displacing millions of people (see: Katrina).

Hello? How about longer growing seasons? The benefits of a warmer climate have been identified by the Department of Agriculture. That alarmists would continue to ignore them should not be surprising. They simply are not interested in an honest, intellectual discussion of the man-made global warming.

Plus, you can't simply overlook that the vast majority of people prefer a warmer climate. People who retire do not move to Minnesota. They move to Florida.