The Hill reports on the end of the witch hunt:


The Democrat poised to lead the House Judiciary Committee next year says he has no intention of continuing the GOP-led investigation into FBI and Jusice Department (DOJ) decisionmaking during the 2016 election.

Rep. Jerrold Nadler (D-N.Y.), who stepped outside of the ongoing closed-door interview

"Yes, because it is a waste of time to start with," Nadler said in response to a question about whether he would end the probe. Nadler characterized the Republican investigation 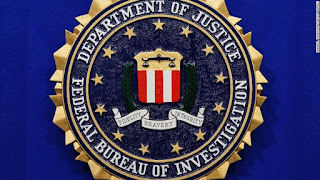 as a political sideshow that aims to distract from special counsel Robert Mueller's investigation into possible ties between the Trump campaign and Russia.

"The entire purpose of this investigation is to be a diversion of the real investigation, which is Mueller. There is no evidence of bias at the FBI and this other nonsense they are talking about," he continued.

Amen. The good men and women of the FBI have been just trying to do their jobs and did not need the attack on their professionalism and integrity by "Republicans" doing the bidding of a President desperately trying to obstruct justice.  The claim that FBI was acting to prevent Donald Trump's from getting elected never made a lick of sense since the agency had kept completely under wraps an ongoing investigation of the Trump campaign until the election was over, while very publicly discussing, right up until the election, the status of the investigation into Hillary Clinton's emails. The polls showed a significant drop in Hillary Clinton's support after then FBI Director James Comey announced he was reopening the Hillary Clinton investigation just a week or so before the election.  Instead of constantly attacking Comey, Trump should be thanking Director Comey for helping him get elected President.
Posted by Paul K. Ogden at 1:56 PM

all lies. "
AFTER THE COUP IS GONE: “The tale we’ve been told for more than two years—that Donald Trump’s campaign team, possibly even the candidate himself, colluded with the Kremlin to influence the outcome of the 2016 presidential election—has been exposed as a lie. Various investigations into this alleged conspiracy are coming up empty and the accomplices are trying to change the subject. Even more pathetically, some still are clinging to the farce, desperate to salvage whatever still remains of their already sketchy credibility.”

some of your posters need to be fessing up that dey stupid.

Leon, you must be living in a world without anything but FoxNews and Breitbart. Back in the real world, scores of Trump campaign people have been shown to be in contact with Russian officials during the campaign and lied about it, many under oath. And Trump is unquestionably Putin's toady, doing his bidding at virtually every opportunity.. Just yesterday it came out that Trump said he believed Putin's assurances that North Korean nuclear missiles were not capable of hitting the U.S. despite the universal assessment of American intelligence that they can.

If Obama would have acted as a tool of the Kremlin, you would have had a fit. But you're just fine and dandy with President Trump being under Putin's thumb. And you don't see the hypocrisy?