Expect the Unexpected on Election Day

In high school I played baseball with someone who would always warn that in the sport you should "expect the unexpected."  I have never forgotten that phrase.   It didn't make much sense,...but now, decades later, I find it the perfect admonition for what to look forward to in assessing the results of the 2018 midterm elections. 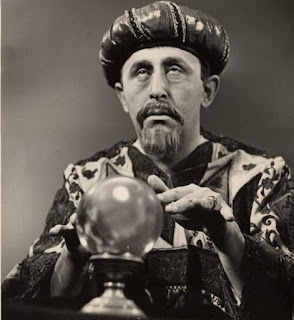 Never before have I seen more races well within the polling margin of error (MOE), even how the media misdefines that term.  To correct a misconception repeated constantly by the media, MOE does not relate to the difference between two candidates' poll numbers.   Rather, MOE is a statistical error range which applies to both candidates' poll numbers.  So a 4 point statistical margin of error actually creates a 8 point, not a 4 point, potential swing.  Nonetheless, MOE is not the major problem with the polls compared with tomorrow's results.  The major problem is the sample taken by the pollsters.  It is extremely challenging for pollsters to create a polling model which matches turnout.  This is particularly true in this election in which it appears we will have heavy turnout by both parties, a rarity in the history of mid-term elections.  But I digress.

Let's make a few predictions anyway, starting with the easy ones.  Only 1/3 of U.S. Senators are up every 2 years and this election cycle the Democrats are faced with a terrible map as the party is defending scores of Democratic seats in Republican states.  I think the most likely scenario is that the GOP picks up 1-2 Senate seats, thus retaining control of that body.  Democrats are slight favorites to pick up Republican Senate seats in Nevada and Arizona.  Clearly the Democratic incumbent is going to lose North Dakota.  Incumbent Bill Nelson probably will eek out a very close election win in Florida due to the popularity of the Democratic nominee for Governor Andrew Gillum.  Republicans have an excellent shot at winning in Missouri and Montana.  I think Donnelly will narrowly survive in Indiana due to modest Republican margins in the Indianapolis suburban doughnut counties.  As far as getting a Democratic Senate majority, the party need to run the table successfully defending the party's incumbents in heavily Republican states, while scoring an upset in Tennessee or Texas.  Those states are probably too Republican for the Democrats to win this cycle.  The untold story is that without building up a big margin in the Senate in 2018 when the map is very favorable, the GOP will almost lose the Senate in 2020 when the map is not as favorable.

In the House, it seems highly likely that the Democrats will finish the night with a majority.  The million dollar question is the number of seats the Democrats will gain.  To gain a majority, the Democrats need a pickup of 23 seats..  I think 30-35 seats would be a good, conservative prediction and the one I'm going with.   Indiana incumbent members of Congress will likely win, though the margins in the 2nd and 9th districts could well be in the single digits.  I'm also keeping an eye on the 5th district which includes the northern Indianapolis suburbs.  I think anti-Trump sentiment in wealthy, highly educated Hamilton County is likely to keep incumbent Republican Susan Brooks numbers down, resulting in a much closer race than in previous elections.

What has nbot gotten the coverage this year, but which, going into redistricting following the 2020 census, is more important than control of the U.S. Congress, are the Governor races.  The Democrats are poised to wrest seize control of Governor mansions in Wisconsin, Michigan, Ohio, and Florida.  They also have a shot at winning Georgia.  Although those states have Republican legislatures, having a Democrat governor would even the field when it comes to redistricting.

In Indiana, I expect the GOP to lose several seats in the Indiana House and a few in the Indiana Senate.  (I think Mike Delph loses to J.D. Ford in one of those races.)  Both houses of the Indiana legislature are likely to keep large Republican majoritiess.

The statewide races in Indiana, will go Republican, but by reduced margins from what is normal for mid-term elections.

While one should expect the unexpected, tomorrow, there is one thing that is certain as death and taxes:   Donald Trump will claim the outcome, regardless of the result, is a great personal victory for him and any electoral failure is the fault of someone else.  And you can bet too that his Kool-Aid drinking supporters will buy that spin.  Of course, they should not.  Donald Trump has repeatedly said the 2018 midterm is a referendum on him.  If he, in the midst of a soaring economy, loses the House, that should send a message to Republicans everywhere that hate-based politics known as Trumpism is sinking the Republican Party.
Posted by Paul K. Ogden at 4:06 PM

I might quibble with a couple of your predictions (based mostly on the larger-than-usual turnout) but your last paragraph is absolutely on point and irrefutable.

The thing about baseball that is predictable is that watching grass grow is more exciting and watching paint dry is more rewarding and I have extensive polling data to support either view. It is good to see the usual loons posting on your thread but I will wager a pitcher of beer (provided you bring Adam along to drink a fair portion of it) that your predictions will prove to be MOSTLY in error. Another proviso, I have found in dealing with wizards that it is best if they accept the wager and terms prior to the election. So, how much confidence do you have in your bilge?

Depends on what race you're talking about. If the issue is the confidence on my prediction that Indiana Republicans are going to lose state legislative seats, the Democrats are going to win a majority in the U.S. House or Republicans are going to retain their majority in the Senate, or that all Indiana U.S. House incumbents are going to win, I'd say my confidence level is over 80%. As far as the Braun-Donnelly race, I'd say I'm about 65% sure Donnelly will win. Pretty much everything else is 50% plus prediction. More confident than not. Never seen so many close races before.

Still think that Delph holds his seat. The Democrats have not won beaten an incumbent Republican in the State Senate since 2002.