One semester while teaching political science classes, I assigned a unique exercise.  After reviewing the text of the Constitution and its amendments, including how various provisions in that document have been interpreted, I asked my students to write about a particular constitutional provision the Framers got wrong and how that provision should be changed.

I was unprepared for the response.  Most of my students wrote that the Constitution was perfect as was written.  Not a single syllable needed to be changed.  From my students' responses, you would think the assignment was to identify changes to the Bible.   While I had succeeded in teaching my students about what the Constitution said and what the courts have ruled the document's various provisions meant, I had failed to teach my students how to think creatively, to ponder, even question, the application of the 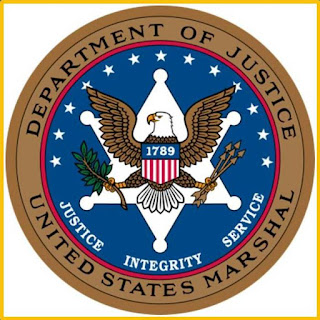 Far from perfect, even the Framers realized very quickly they had a glitch in the original embodiment of the Electoral College, a problem that became apparent with our first constitutional crisis, an electoral college vote tie in 1800 between, then, Vice-President John Adams and Thomas Jefferson.  The 12th Amendment fixed that flaw, abandoning the idea of the single electoral vote (with the Vice-President being the runner-up) for the idea that electors would cast two votes, one for President and one Vice-President.  As a side note, no my conservative friends the Electoral College is not now operating as intended even as set out in the 12th Amendment.  The Electoral College has always intended to be a bulwark against the democratic impulses of the masses by leaving the decision of the President up to a wise group of citizen representatives elected by the less wise voters.  The Electoral College was never intended to rubber-stamp the decision of the voters, even at the state level.

I can easily think of things in the Constitution and its amendments that could, indeed should, be changed.  I think all 435 members of the House having to run every 2 years is a bit much.  The line between Congress' power to declare war and the President's powers as Commander-in-Chief could use clarification.    I was never sold on the two term limit for President established by the 22nd Amendment.  It makes the President a lame deck that second term, rending him (or her) ineffective.   I also think the 2nd Amendment was poorly crafted and could have better written (to more clearly protect private ownership of guns).  Then you have things in the Constitution that are written well, such as the 10th Amendment, which have been rendered practically useless by judicial interpretation.

One provision though that has not gotten much attention is the President's constitutional power to pardon.  Article II states:


The President...shall have Power to grant Reprieves and Pardons for Offences against the United States, except in Cases of Impeachment.

That is it  The language does not appear to provide any limit (with the exception of impeachment and that it be a federal crime) to the President's power of impeachment.  That lack of context, lack of limiting language, led to the President and his "attorney" Rudy Giuliani to recently claim that the President has the absolute right to pardon anyone.  This interpretation allows for the legal use of the pardon power to obstruct the Mueller probe by pardoning those caught up in the investigation (including President pardoning himself).

Did the Framers actually intend the pardon power to be as sweeping and open-ended as suggested by the lack of limiting language in Article II?  Highly doubtful.  The Framers were, in fact, very fearful of centralized, unchecked power, including a strong chief executive exercising king-like powers. It makes no sense that the Framers intended to sharply curtail the power of the President in several areas (which limits have been eroded over the years thanks to a complicit Congress and the federal courts' expansive interpretation of the Commerce Clause) on one hand, but give the President absolute, unchecked power in another area.

The Framers intent can be garnered from looking at the history that guided the adoption of the pardon language.  In the late 18th Century, when our current Constitution containing the pardon language was drafted then ratified, criminal prosecutions were handled almost entirely by states.  There were very few federal crimes at the time of the Constitution.  Crimes like treason and bribery were handled by the feds from the early days of the Republic, but almost all other federal crimes required the involvement of  the federal government or its officials somehow.  Indeed, the very limited nature of the then federal criminal code is highlighted in Federal Paper #74 in which Alexander Hamilton reassures readers that the President's unilateral pardon power in the Constitution is not too broad (and there was no need for legislative approval) by discussing its application involving just one federal crime, treason.

During the last 150 years, our Congress has passed numerous federal criminal statutes, using as a bridge to that authority the Commerce Clause.  Many if not most state criminal laws now have a federal equivalent.  Today, our federal government employs an army of prosecutors and judges to enforce the ever increasing number of criminal statutes passed by Congress.

While the number of federal crimes and prosecutions has expanded exponentially, the language setting forth the President's pardon power remains the same.  While I would like to see the federal role in criminal law enforcement cut back substantially, that back door way of of placing proper limits on the President's pardon power seems to be a pipe dream.  To mix metaphors, that ship has sailed.

My proposal is more direct.  A simple constitutional amendment that requires that the United States Senate approve all pardons.  The Senate has to approve treaties, cabinet appointments, judges, why not pardons?

Senatorial approval of pardons is not that much of a hurdle for a President, but it would likely stop the problem of a President misusing his authority to pardon friends, political supporters, or even the more obscene use of the pardon power to obstruct a criminal investigation into wrongdoing involving the President's campaign or his administration.
Posted by Paul K. Ogden at 2:58 PM