Indiana's government is the best in the nation, according to a new U.S. News & World Report list of "Best States." 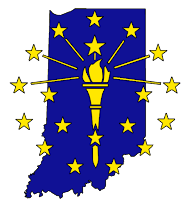 The survey ranked the 50 states in seven key categories. Massachusetts' No. 2 ranking in health care and No. 1 ranking in education were key reasons why it's at the top of the list. Indiana ranked No. 22, just behind Delaware and Rhode Island.

Indiana didn't do as well in health care (41) and education (27), but two areas where Hoosiers shone, according to the web-based media company, were in government (No. 1) and opportunity (No. 4).

Indiana's excellent credit rating, low pension fund liability, budget transparency, use of digital technology and overall fiscal stability were key to its success in the government category. The opportunity category included areas such as economic opportunity, equality and affordability.

I've long had to listen to the nonsense from Hoosier critics that Indiana has the "worst legislature," a description often attributed to the late Nuvo editor Harrison Ullmann. As someone who worked at the Indiana General Assembly and taught about how state legislatures across the country operate, I have always known that what happens at our General Assembly is not unique to this state. The operational and substantive issues that arise in the Indiana General Assembly aren't any different from those dealt with by other state legislatures. Indiana's legislature and executive branches, for all their flaws, operate remarkably well when compared to other states. It is good to see the U.S. News and World Report set the record straight.
Posted by Paul K. Ogden at 10:02 PM

Indiana sucks, anyone that thinks otherwise is a god damn fool. Paul might fit that description.

It's easy to work "well" when you have a gerrymandered supermajority that can push through any extreme right-wing agenda you want.

Coming from Oregon, I assumed Indiana government was better. This article points out that the competition ain't too stiff. I was disturbed by the $100 million to IMS upon coming here. Edwardsport, predating me, is also a major problem they allowed. I also wish TIF reform would take place. I think much of the disturbing aspects are passed down to local level or the IURC. And maybe the Speaker could end outdated Townships, especially since he benefits financially as my Township attorney.