I won't be counted among his biggest fans, but former Indianapolis Mayor Bill Hudnut certainly understand the importance of image both in scoring unprecedented political success and his tireless promotion of the city he clearly loved.  The Indianapolis Star reports on the passing of a local political icon who, more than anyone else, shaped modern day Indianapolis:


After years of battling illness, former Indianapolis Mayor William Herbert Hudnut III has died at the age of 84.

Hudnut's family on Sunday announced that memorial services for Indianapolis’ longest-serving mayor are still being planned. Supporters will have the opportunity to attend two 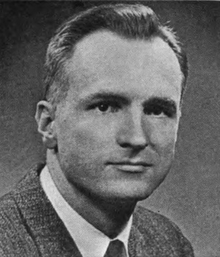 public services: one in Indianapolis and one in Washington D.C.

“On behalf of our family, I would like to thank everyone for their outpouring of love and support during this difficult time.  It was a real gift to Bill that he had an opportunity to hear how much he meant to family, friends, colleagues, and neighbors — and to the communities he served — through your notes, cards, letters, personal visits, and comments on his CaringBridge posts,” his wife, Beverly Hudnut, said in a statement. “So many wonderful people helped us in so many ways these past couple of years— and we will be eternally grateful."

In anticipation of his passing, Hudnut penned his own epitaph:


"One cannot choose how one finishes the race, only how one runs it. I would not have chosen a long, slow slide into complete heart failure, but I tried to cope with it with 'gaiety, courage and a quiet mind,' to borrow from my mother who in turn was quoting Robert Louis Stevenson .... It has often been remarked that life is a journey, not a destination. About the destination, 'I believe, Lord, help thou mine unbelief.'  I leave this earthly life at peace, with faith and trust in a future that will carry me beyond the bourne of space and time, but also with wariness of plotting the furniture of heaven or the temperature of hell.

"There is much I cannot fathom about the afterlife. Will there be recognition? What part of me, if any, survives? Forever, or just until I am forgotten? A little reverent agnosticism seems to be in order, because 'now we see through a glass darkly.' More positively, 'we walk by faith and not by sight.'"

I had the honor of sharing the podium with Mayor Bill on several occasions and asking my wife and me to have a private dinner with him and his wife. He was a great promoter of our interests.