There are a handful of GOP contests taking place today.

MICHIGAN PRIMARY:  Some polls have showed a narrowing of the race in Michigan.  One poll even showed Ohio Governor John Kasich with a two point lead over Donald Trump.  That poll though seems to be an outlier.  It appears that the race in this state is confirmation of my theory is that the Establishment v. Anti-Establishment trends have morphed into a Trump v. Anti-Trump storyline.  I expect that Kasich, Florida Senator Marco Rubio and Texas Senator Ted Cruz will allow Trump to 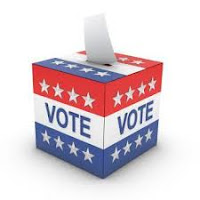 prevail in the state getting his standard 35% of the Republican vote.

MISSISSIPPI PRIMARY:   While Louisiana showed that Cruz can compete in the South, Trump seems to generally excel in winning states of the Old Confederacy.  The only poll in late February showed Trump ahead by 24 points.  Give this state to Trump in an easy win.

IDAHO PRIMARY:  A mid-February poll had Trump up by 11 points on Cruz. This though seems like the type of western state where, with the exception of Nevada, Cruz does well.  I'm going to give this to Cruz.

HAWAII CAUCUS:  Real Clear Politics does not report any polling being done in this state.  It doesn't seem to be the sort of state that Cruz would do well in but possibly Rubio might.  I have to give it to Trump, however.
Posted by Paul K. Ogden at 4:38 PM

If there are any actual Republicans in Hawaii, I would love to meet them!