Republicans have five presidential contests on tap this weekend.  Here is the outlook:

LOUISIANA (CLOSED PRIMARY):  According to Real Clear Politics' average of polls, Donald Trump has a 15.6% point lead in this closed primary state.  While I expect the actual margin over 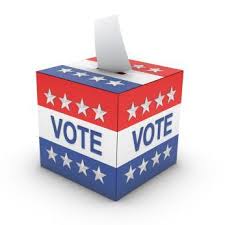 second place Texas Senator Ted Cruz might be a bit narrower than that, it should still a solid Trump victory.

KANSAS (CLOSED CAUCUS):  The only other state which has had any significant polling is Kansas, one poll in February showing Trump with a 12 point lead and another in early March showing Trump's margin over second place Cruz at 6%.  But Trump doesn't have much of a presence in the state so I'm expecting the Cruz turnout machine will turn out enough voters in this closed caucus state.

KENTUCKY (CLOSED CAUCUS):  A poll released in late February shows Trump up over second place Florida Senator Marco Rubio 35-22.  Meanwhile, Cruz is in third with 15.  While this is a solitary poll and I caution people from looking at only one poll, my instinct is that Trump will win this state while Rubio and Cruz split up the anti-Trump vote.

MAINE (CLOSED CAUCUS):  The last poll was in November of 2014 and showed New Jersey Chris Christie winning. Trump wasn't even listed as one of the choices for those polled. So we'll discard that poll and fly blind.  Trump does well in the northeast while his chief rival Cruz does not.  So I have to give this to Trump.

PUERTO RICO (OPEN PRIMARY):  Rubio has spent the most time resources in this U.S. territory and appears to have the edge.

In summary, Trump wins three contests, Cruz one and Rubio one.
Posted by Paul K. Ogden at 1:27 PM