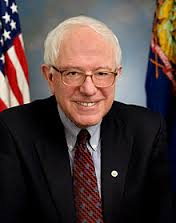 A Quinnipiac University poll released today shows a dramatic tightening of the race between former Secretary of State Hillary Clinton and Vermont Senator Bernie Sanders.  In the poll of 484 registered voters, Clinton edges out Sanders 44-42.  Clinton's 2 point lead compares to the 31 point lead she enjoyed over Sanders in a Quinnipiac poll issued in mid-December.

The poll also matches up the three top Republicans against Clinton and Sanders.  In virtually every poll Trump shows up as the worst general election candidate, which is also the finding in the Quinnipiac poll which has Trump losing to Clinton by 5 points and Sanders by 10.  Cruz meanwhile is even with Clinton and loses to Sanders by 4 points. Florida Senator Marco Rubio fares the best, beating Clinton by 7 points and even with Sanders.

Oh, Wow, another poll to be explained. Always amused when they ask ignorant sorts about their current opinion on nuclear fusion reactions.....because they always get a reply....and the reply isn't "I don't know squat about it".