A recent favorability/unfavorability poll by Fox News reveals some very interesting results. The poll breaks down the views of registered voters toward the two major party candidates, a measure most reflecting the turnout in a general election.

Among, Republicans the most popular candidate with male voters is Ben Carson with a +21 favorability/unfavorability rating.  Donald Trump is next with +17.  The most unpopular candidates with men are Chris Christie -23, while Jeb Bush and Ted Cruz both check in at -14.

The Republican candidates most popular with women are Carly Fiorina with +8, and Rubio +7.  The 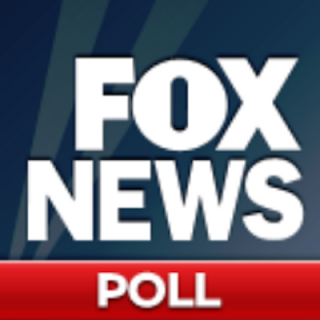 most unpopular GOP candidate with women is Trump at -31 and Bush -17.

The most popular Republican candidate among white voters is African-American Ben Carson with +27 followed by Trump at +16.  White voters dislike Bush the most at -17 followed by Chris Christie -15.

The poll also looked at Tea Party support. Ted Cruz ranked first in that category with a +59 followed closely by Carson at +58.  Trump, whose candidacy many reporters simply assume is being fueled by the Tea Party, ranked fifth in Tea Party support at 39%, also behind Rubio at +47, who was third, and Fiorina at +40, who finished fourth.

Among white voters, Clinton is a -34 while Sanders is a +5.  Clinton's edge appears confined to black voters with which she scored a +55 and Sanders a +8.  The poll also looked at Joe Biden's popularity. Biden finished better than Hillary Clinton in every major category, including his being slightly more popular with black voters (+59) than Clinton.
Posted by Paul K. Ogden at 12:52 PM

This country has been on a downhill slide since suffrage.

It's not at all PC, but they make poor choices in serious matters.

Still think "media" is just still dong their job....of attacking(in the guise of journalistic impartial reporting) candidates that are not controlled? http://www.breitbart.com/big-government/2015/10/04/donald-trump-ben-carson-surge-media-attacks/