Earlier this year, the Indiana State Fair announced it was banning exhibitors from displaying or selling the Confederate battle flag.  I warned at the time that that is a content-based restriction of speech and is very much unconstitutional.  In a Washington Post editorial published today, UCLA Law School Professor Eugene Volokh, an expert on free speech law, concurs with my assessment: 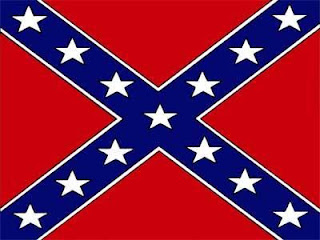 Recent news stories report that Indiana and Kentucky state fairs are barring exhibitors from selling or displaying the Confederate battle flag, or products containing that flag; Ohio seems to have done the same, and other fairs are considering it. But such bans violate the First Amendment.


Government-run fairs are “limited public fora,” see Heffron v. ISKCON (1981)), when it comes to the “exhibitors … [who] present their products or views, be they commercial, religious, or political” through the fair. This means the government can impose reasonable content-based restrictions on speech in those places, but not viewpoint-based restrictions. See Christian Legal Society v. Martinez (2010); Cornelius v. NAACP Legal Defense & Educ. Fund (1985). A ban on display or sale of Confederate flag merchandise is based on the viewpoint that many people perceive the Confederate flag to express.


But the Court in Walker reaffirms that even speech on government property can still be private speech, as to which the viewpoint-neutrality rule applies. For instance, the Court noted, “advertising space on city buses” is treated as involving private speech on government property; that was labeled a so-called “nonpublic forum” rather than a “limited public forum,” but the same viewpoint neutrality rule applies here. Fair booths are at least as much traditional places for private speech, even on public property, as are advertisements on buses. What the Court said in Walker about bus advertising — “the messages were located in a context (advertising space) that is traditionally available for private speech” and “the advertising space, in contrast to license plates, bore no indicia that the speech was owned or conveyed by the government” — is at least equally true for booths rented from a state or county fair.


Nor can the state avoid the problem by demanding that exhibitors enter into contracts promising not to display a Confederate flag. The limited public forum and nonpublic forum doctrine provides that the government may only impose reasonable, viewpoint-neutral restrictions. It can’t impose viewpoint-based restrictions, whether by ordinance, rule, or contract. I don’t know whether there are court challenges being planned to the fairs’ restrictions on Confederate flags, but if such challenges are filed, I think they will prevail.

Not only will a challenge to the Confederate flag ban likely prevail, Indiana taxpayers will be out hundreds of thousands of dollars defending an unnecessary lawsuit.  It is not sure if the Indiana State Fair officials consulted legal counsel before imposing ban, but they should have. The ban needs to be lifted before next year's fair.
Posted by Paul K. Ogden at 1:12 PM

So much for doing the right thing! Get rid of the symbolism of racism. Indiana is so backwoods in so many ways.

Having lived in the south as a kid & querying 3 siblings on the subject; none recall the Confederate Flag as representing anything other than a way of life or joie de vivre; nothing "racial."

Correct me if I'm wrong, but I don't believe the Indiana State Fair banned the flag. They strongly discouraged vendors from selling memorabilia with it included. I am unaware of any individuals or vendors who had adverse action taken against them for selling or displaying it. So I don't think there was a ban.

The "strong discouragement" could be construed as an attempt to chill speech. In First Amendment cases, a retaliatory action by the government entity need not always preceed legal action because it is thought that the mere threat of government action may cause a person to refrain from expressive speech. That being said, I have not encountered any vendors who are claiming that the State Fair commission's discouragement chilled their speech.

Pete Boggs, the Confederate flag is "nothing racial?" So the swastika is just a cheery reminder of the days when Germans were getting back to work after the Weimar currency collapse and the Autobahn was being built?

Anon 6:19: Again, having lived in & having family in the south; politically motivated imputation or mischaracterization doesn't trump life experience which informs those who know about southern attitudes. That doesn't mean that bigotry in its enumerable forms, doesn't exist in the south- it does, but no more than anywhere else.

The confederate flag was a battle flag, created for that purpose; a statement of souther pride, not racism; irrespective of those who choose to mischaracterize that origin or intent.

Patriots prevailed in the Revolution as the Union did in the Civil War; a nation which has continued under Old Glory. The Crown was an empire engaged in slavery (including enslavement of colonists) & while that's patently "offensive," we're not demanding they lower the Union Jack; which like the Confederate Flag, wasn't created to represent "oppression."

This stuff isn't that hard & people have the words to say what they mean. Translation: Most people, if they intend to offend someone, are in sufficient possession of language that they need not speak in any ambiguous code (PC?). Why leave any doubt in someone's mind if the intent is to offend them? Socially, in this culture, the majority of "offenses" are a psychotic, self delusional import. What do you imagine is so hard about telling someone aloud that you intended to offend them if that's the case?

The problem is again one of oxymoronic political correctness; the phony imputation of offense / injury, as a judgement of those who had no such intent & fully capable of explicitly, unambiguously, exacting & admitting the same- if it were the case.

The difference between your straw man Union Jack argument and the Confederate flag is: the Confederacy was formed for the purpose of enabling the continuation of slavery. That's the truth no matter what "states' rights" or other baloney arguments Southerners try to make. Yes, it was for states' rights... to allow slavery.

At some point, you must also consider the effect your symbolism has on others. Why would you continue to fly a flag that is seen as a symbol of hate and racism? And by others as an emblem of treason? Do you have a desire to be seen as a hateful, treasonous racist? Are you trying to offend people? Remember, perception is reality. There are other ways to display Southern pride that aren't seen as offensive. Be creative.

I also don't buy the "Southern heritage" argument. It was only the BATTLE flag of the South for a whopping FOUR YEARS! Very few people born under that flag could even read and write by the time it was obsolete. You don't see me flying the good old 31-star flag of 1851-1858, which was in service for a substantially longer period, or even the flag of the Holy Roman Empire, under which many generations of my ancestors lived and died.

Anon 7:47: You're confused about the King's plan for the colonies; which was one of slavery to the Crown. Your mischaracterization / imputation is a matter or your projection, not that of southerners we know quite well. If they shared your opinion of the Confederate Flag; they'd simply say that which they don't- no coded speech required. People are free to fly Gaston Flags as they are rainbow varieties, the Colts, University of Wisconsin, etc.

Southerners are capable of telling you exactly what they think & aren't obligated to adopt your misgivings or mischaracterizations. We have inter-racial marriage within the Southern contingent of our family & they don't share your confusion / opinion; as they are free to do. Your assumptions about & attitude toward Southerners is a product of bigotry; however witting.

Pete Boggs: again, you miss (or avoid) the point on both accounts. The UK did not try to split off from another country for the purpose of maintaining the status quo of slavery. The Confederacy did. The Union Jack is not a symbol that represents hatred, bigotry, and oppression to many of the citizens of this country. The Confederate flag is.

Tell me this: do you use the "N" word to refer to African-Americans? If not, why not? If you don't, and it is because of respect for your fellow man and sensitivity to what that word represents to them, then how can you fly the Confederate flag and pretend that it's somehow different?

(If you do use that word, there might be no hope for you.)

The First Amendment does give you the freedom to use that word and to fly that flag. However, it doesn't change the fact that doing either one demonstrates insensitivity and poor judgment.

Anon 11:10: And... again... no one's obligated by pretense of PC or otherwise to avoid any point- we're First Amendment free to say exactly what we think; whether anyone likes it or not, finds it offensive or not. This isn't that hard.

For many Americans, flying Old Glory embraces our revolutionary, Declaration of Independence & Constitutional history; as it should. The Declaration & Constitution confronted conflicts of the time; divinely navigating between "all men are created equal" & inequities of the 3/5 clause, under the banner of our Stars & Stripes, the flag you suggest we fly.

There is no separatist movement in the south to replace the American Flag with a Confederate version. It's ok if you don't like Southerners or what they consider their heritage; your choice. Consider however, that presuming to tell others "what they think" as a contrary override to what they tell you in their own words, might just be "offensive."

Pete Boggs: when, exactly, did I tell you what you think? Please quote my exact words.

My point is that the Confederate flag is PERCEIVED by many (probably most) African-Americans, and many other Americans, as a symbol of hate. Do you dispute that?

Anon 2:52: The misperception / fallacy that perception is reality is an agenda burdened political scam. How many politicized categories of people do you consider to be somehow monolithic?!? You may discover something new by searching:
"Black Americans support Confederate Flag," or that just like other Americans, some support the Confederate Flag...

Here's more reading for Anon 2:52; regarding those opposed to the American Flag as hate speech: http://www.breitbart.com/video/2015/09/04/uc-irvine-student-government-leader-american-flag-represents-hate-speech/