Remember this spring when Governor Mike Pence and the Republican legislature were being ripped over the Religious Freedom Restoration Act?  Opponents of the RFRA, including Freedom Indiana, had disingenuously and successfully billed the proposed law as a "license to discriminate."  The media, chief among them the Indianapolis Star, helped spread that nonsense despite the fact that not once in 22 years has a RFRA at the national or state level (and 30 states have RFRAs by statute or by judicial fiat) been used to override an anti-discrimination law.

When the well-orchestrated and last minute attack on RFRA took place, Indiana religious conservatives were caught flat-footed.   They were at home certain that what they expected was a non-controversial bill protecting religious freedom would sail through the legislature.

In RFRA's aftermath, Indiana political experts on such programs as Indiana Week in Review opined that the RFRA public relations slaughter signaled a new age in Hoosier politics.  They argued that the LGBT forces were the new power players in politics while religious conservatives no longer reigned supreme. We were told Governor Pence's political future was over as were other Republicans who signed on to RFRA.

At the time, I felt like the lone wolf howling in the woods.  I argued that Indiana RFRA politics were being seriously misjudged.  I claimed that the attacks on RFRA would spur a backlash from religious conservatives who would be spurred to get off their rears, get re-organized and back into the political game.

I also made the point that the LGBT community made a huge mistake in going after RFRA, which was completely irrelevant to that community's cause of expanding Indiana's anti-discrimination laws.  In contrast to its same sex marriage campaign, Freedom Indiana and its corporate allies took a very negative approach to RFRA, targeting and threatening any Republican who dared to support religious freedom.    The approach, I argued, burned a lot of political bridges.  While not advancing LGBT rights one bit, Freedom Indiana's political strategy set their cause of a statewide anti-discrimination law to include sexual orientation back considerably.

This is the column in which I get to say I was right and they were wrong.

The precursor to the Indiana 2016 General Assembly is taking place all across the state, in places like Goshen, Elkhart and Carmel. Those cities' attempts to enact local human rights ordinances that include protections for sexual orientation have been met with fierce resistance from religious conservatives.  Just this week, an estimated 5-1 public turnout against the Carmel ordinance forced 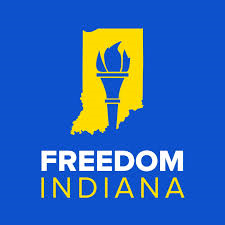 Mayor Jim Brainard and council members to back down on the plan to fast track the proposal and send the proposal to committee.  Mayor Brainard also discussed amending the measure to protect religious freedom from being trampled by the anti-discrimination proposal, a far cry from his earlier statements suggesting people need to leave their religion at the church door.  While no one expects Carmel elected officials, almost all of which can be classified as RINOs, to abandon their efforts completely to pass a local HRO, the fact that the City's fervent supporters of the measure have had to blink several times at the fierce opposition is already a victory for opponents.

The fallout from the anti-RFRA campaign is that religious conservatives have become re-energized and better organized.   The changing political winds will undoubtedly help Governor Pence and Republicans going into the 2016.   While religious conservatives are still mad about the "fix" (which in my opinion and that of other attorneys had no legal effect whatsoever), I think they will gladly back Pence over Democrat John Gregg who during the RFRA debate made the political miscalculation to oppose protections for religious freedom.

NOTE:  In an earlier column, I mentioned Carmel Councilor Sue Finkam's emailed retort to Carmel resident Betty Johnson Harvey that she would help her find a mover since the constituent opposed the Carmel human rights ordinance.  Finkam publicly apologized for the comment at Monday's Carmel Council meeting for the comment.  That was a classy and appropriate thing to do.
Posted by Paul K. Ogden at 1:37 PM