Amazon  denied Monday that "bulk purchases" were fueling sales of Ted Cruz's new book, but the New York Times said it's not budging in its decision to exclude the senator's memoir from its bestseller list.

Amazon said in a statement that it has found "no evidence of unusual bulk purchase activity in our sales data" for Cruz's recently released book "A Time for Truth." 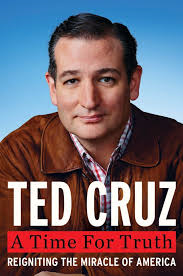 Amazon's assertion, first reported by Politico, contradicted the Times, which said last week that the Texas senator's book was left off its prestigious bestseller list due to "the overwhelming preponderance of evidence" that "sales were limited to strategic bulk purchases."

Bookseller Barnes & Noble also looked into the matter and found no evidence of bulk sales of the Cruz book.  HarperCollins, the publisher of "A Time for Truth," also denied the allegations of bulk sales to pump up sales figures.

That the NY Times Book Review uses a secret formula to downgrade or exclude conservative authors from the newspaper's best sellers list is not exactly new.  Last year, NYTBR was accused of unfairly keeping David Limbaugh's "Jesus on Trial" off the list despite having better sales than 17 other authors on the list.   That same year, conservative author Dinesh D'Souza's "America: Imagine a World Without Her" was excluded entirely from the 25 book list despite having better sales than 13 books that were listed as bestsellers.
Posted by Paul K. Ogden at 11:44 AM

As we have been discussing liberals as having come to their fate by disregarding reality need one point out that the New York Times is a liberal newspaper and thus has to be a liar....such is in their DNA. Even worse, in their DNA is the Mexican point of view they adopted when Carlos Slim propped them up with a huge investment in their tottering decline. Having been caught out yet again in their serial lying the New York Times is attempting to stonewall their lies. I don't think it will work out any better for them than it has for their candidate, Hilliary Clinton, past master of lying and lying and lying even when the truth would have been a better long term choice. Mrs. Cattle Futures counts on the ignorance of the people much as does the Times...and they both got away with it for a long time. What is killing liberalism is the alternate media which, like this blog, is better educated than any reporters, is able to think (unlike journalists), lives in the real world, unlike editors.

Hill must be advising the Times since the last large bulk sale scam was by Jim Wright, former Speaker of the House, and champion liar. New York City seems to be falling off the face of civilization anyhow and one might suspect liberal policies recommended by duh Times to be responsible in part? Seems like all politicians have to have books ghost written for them especially Democrats.....they need to be able to deny their role in lying about themselves. R's are not nearly so smart, e.g. the Mike Pence biography hasn't even been written yet.....